Texas Children’s and Be The Match partner to hold “Cheek Week” event
Monkeys Have Pulmonary Hypertension, Too
Food Allergy: The Layers of Protection
Reducing the Risk of Children Developing Cancer Later in Life
Does my child need to be screened for cancer?
Department
Pulmonary Hypertension

Monkeys Have Pulmonary Hypertension, Too 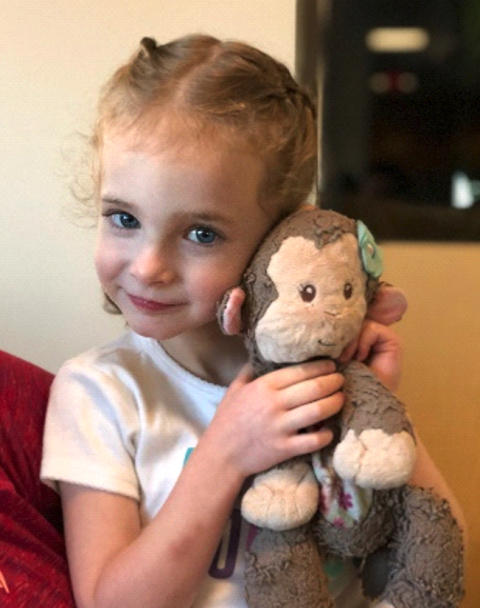 Ellie has been a patient with Texas Children’s Hospital’s Pulmonary Hypertension program for 4 years. Her mom, Amy, shared Ellie’s story.

Ellie and her stuffed monkey, Jules, have been best friends for Ellie’s entire life. When Ellie found out she was diagnosed with pulmonary hypertension, she was worried and made sure Jules also had a full workup. We were shocked to find out that Jules also had a special heart like Ellie. Ellie knew that after Jules was diagnosed, she would never have to endure one pill, blood draw, IV, surgery or doctor or hospital visit without someone right beside her going through the journey as well. Ellie and Jules are a SUPER brave team. 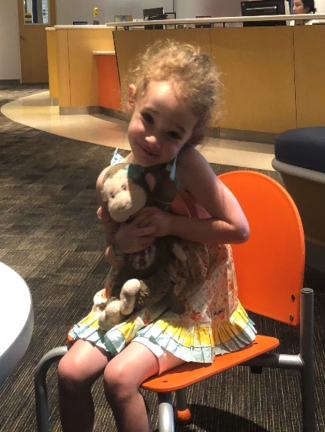 Sometimes when Ellie can’t explain her feelings or concerns, she can tell us what Jules feels. Jules and Ellie work on being brave together when they must endure hard circumstances. A lot of times when Ellie is feeling worried about people who come in her room, Jules will meet them first and agree to go first on certain procedures so Ellie can see all the steps that will happen and feel less anxiety knowing what is coming. The first time Ellie had to wear oxygen; Jules had her own cannula.

When Ellie started subcutaneous Remodulin, Jules always had a fanny pack with a pump. We always did pump and site changes for Jules and Ellie together.

Ellie and Jules do all their sleep studies together. I mean who can endure all the hair goop and thousands of stickers all over without their bestie?

Pulmonary function tests in clinic can really be taxing for a patient who has a hard time breathing regularly on room air. The nose clips are never fun, but when Ellie and Jules both get nose clips, the shenanigans begin. They hang out together during echos and are just about experts by now.

Ellie and Jules currently both have PICC lines and a side saddle IV pump that administers medication. While we mix Ellie’s Remodulin, Ellie gets all her supplies out and makes sure Jules also has new medications for her pump.

without adverse effects or complications caused by the heart defect. The plan was for Jules to have her surgery after Ellie was discharged. 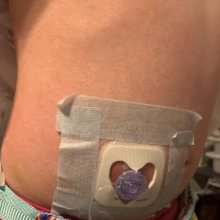 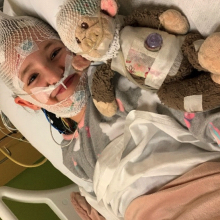 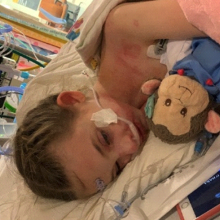 After we were home, Ellie promised Jules that she would be right next to her in surgery. Ellie laid out a procedure plan and steps on paper, made us each name tags and outfitted us with gloves and surgical equipment. Ellie and Jules now have matching scars from their open heart surgeries and proudly call them battle scars in their fight against pulmonary hypertension.

Parents have no rule book for raising kids, and raising a medically complex child can feel extremely stressful and lonely. All kids are different in how they respond to life and endure added stresses such as medical complications. Trial, error and listening to what helps your child endure difficult scenarios is so important, and it can change as they mature. There is so much about their lives that they cannot control or choose, so we focus on offering a choice whenever possible. 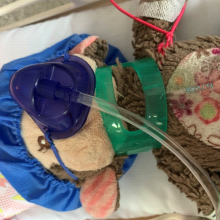 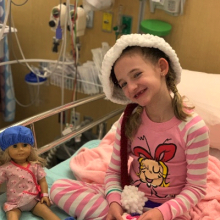 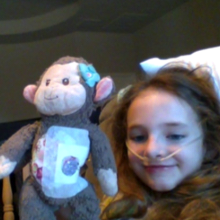 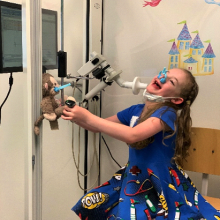 I offer a few examples of what has worked for Ellie and our family:

• If Ellie must take a new medication, asking “Can you please take this pill?” is always met with “No!” But saying, “Ellie, you can take this pill before or after your Tylenol, which would you prefer?” tends to help her feel empowered.

• When Ellie needs an IV, asking her to stay still also results in a big “No!” coupled with tears. But if we instead say, “Ellie, this is Nurse Kelly. She came over specially to meet you and Jules as she heard you guys were the funniest patients on the floor. Nurse Kelly also came by because as it turns out you and Jules have to get a new IV. Would you like Jules to go first so you can help and see all the steps?” Sometimes we still get a “no,” but usually if we reiterate for her to be there for Jules and go through the steps and then do hers, it is less traumatic than holding her down and really causing her to be upset. Usually by the end, she has talked the nurse into getting her the best popsicle on the floor. 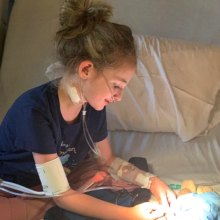 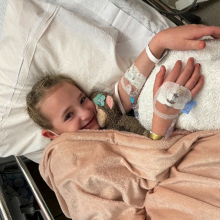