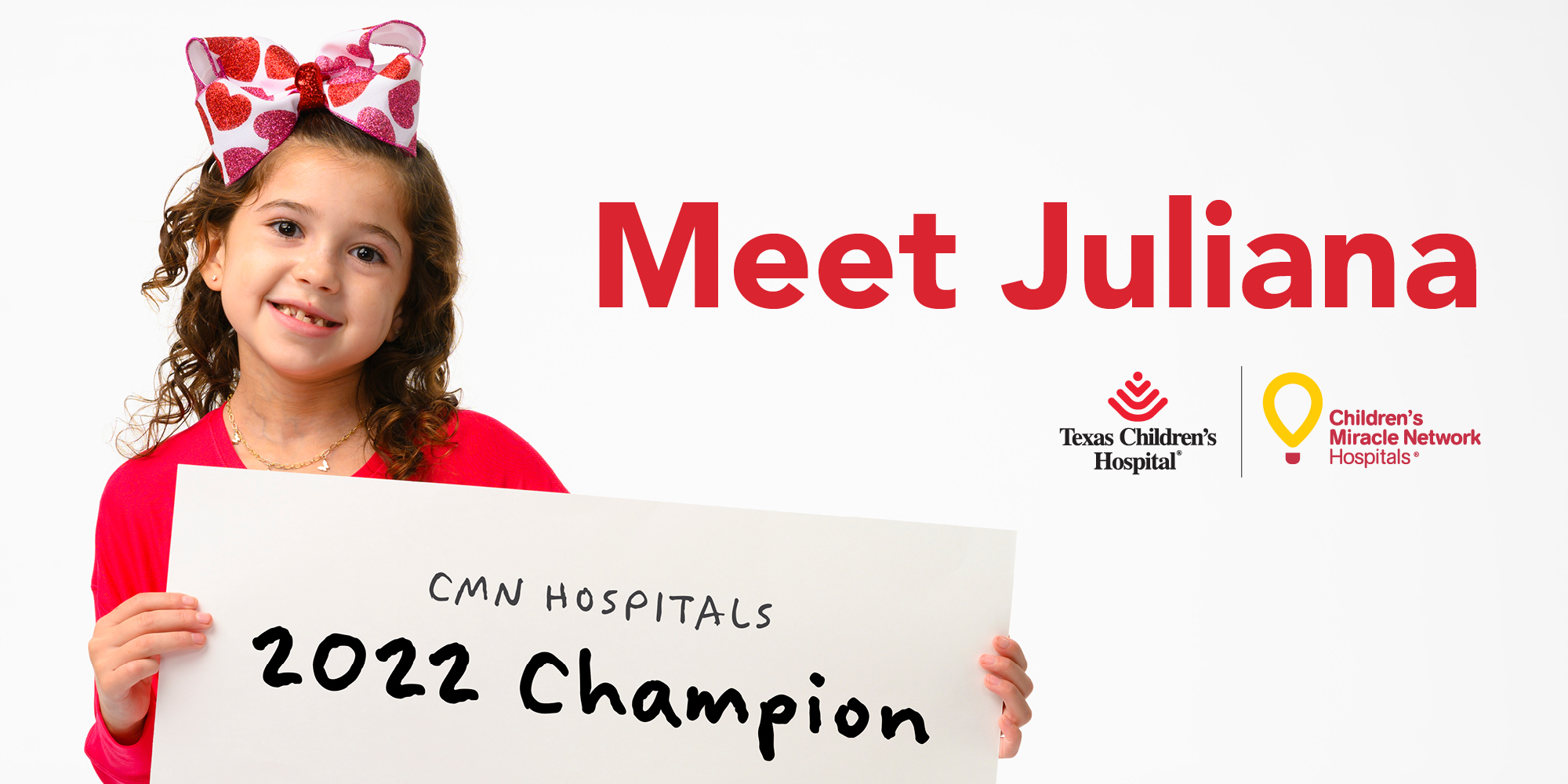 Ultrasounds are normally joyous occasions for expectant parents. However, a 20-week ultrasound quickly became a terrifying situation for Riki and Chris Graves when they received the news that their little girl, Juliana, was diagnosed in-utero with hypoplastic left heart syndrome. This rare condition leaves the left side of the heart critically underdeveloped and unable to pump blood to the body effectively.

This was not the first time the family received a blow. Riki had been diagnosed with breast cancer and was scheduled to have surgery. When they learned of Juliana’s diagnosis, she made the decision to proceed with surgery but postponed the rest of her cancer treatment until after Juliana was born.

Monthly visits to Texas Children’s included fetal echocardiograms and hundreds of pictures of Juliana’s tiny heart. Her condition was getting worse as each month passed, and the cardiologists were concerned that Juliana would not survive. A little over six weeks before Juliana’s due date, Riki was admitted to Texas Children’s Pavilion for Women for fetal monitoring. Juliana was very sick and needed to be monitored in the hospital before she could be delivered safely. The goal was for Juliana to grow big enough for heart surgery and for her to be delivered as soon as possible if she started to decline.

Two-and-a-half weeks after Riki was admitted, Juliana was delivered by emergency c-section. Four weeks early and in severe heart failure, she was immediately transferred to the cardiac intensive care unit. The damage to her heart was too severe for surgeons to repair it, and Juliana was placed on the heart transplant list when she was just 11 days old.

The typical wait time for an infant heart is three to six months, but Juliana’s failing heart would not be able to last that long. Five days after being placed on the transplant list, an infant heart became available. The transplant was successful. Juliana’s new heart began beating in her tiny body when she was just 17 days old, making her the youngest heart transplant patient at Texas Children’s Hospital.

Today, Juliana is 7 years old and in first grade. She enjoys swimming, going to the beach, riding her scooter and playing with her dolls. Juliana and her family have met her donor’s family, and Juliana will be participating in her donor’s sister’s Quinceañera in April 2022.

“Juliana is here today because of her amazing team at Texas Children’s Hospital and the gift of life she received from her generous donor family, and we are so grateful,” said Riki.