Measles: Here’s what you need to know 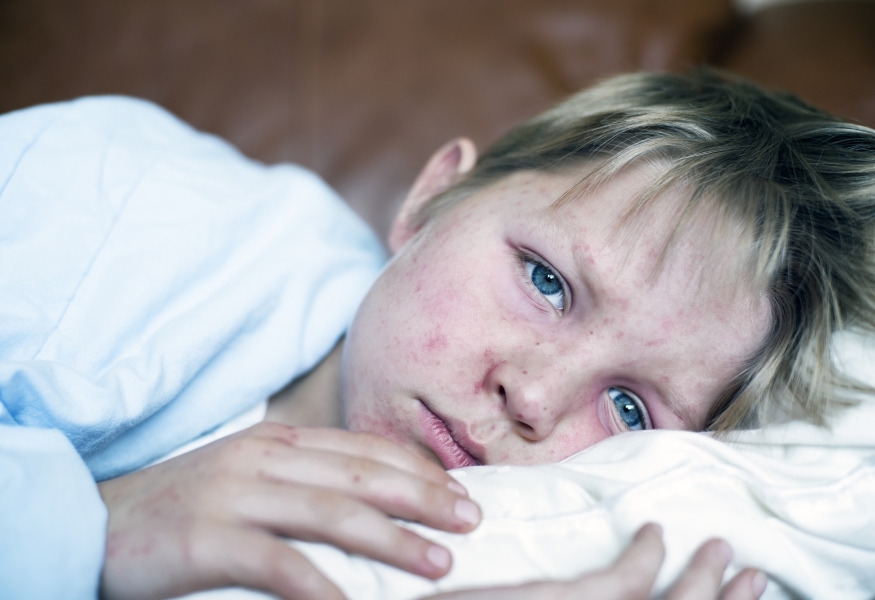 It's official - we're (again) facing a strong resurgence of measles (rubeola) across the country this year, the greatest number of cases reported in the U.S. since measles was eliminated in 2000.

In total, at least 695 cases have been reported nationwide this year and many of the infected are young children who weren’t vaccinated prior to getting sick.

Here’s what you need to know:

What is measles and how do you get it?

This is a highly contagious respiratory disease caused by a virus. The virus is transmitted via direct contact with infectious droplets or airborne spread when an infected person coughs or sneezes.

The measles virus can remain infectious for up to two hours after an infected person leaves the area.

What are the symptoms?

In most cases, measles will start with fever, runny nose, cough, red eyes and sore throat. These are often followed by tiny white spots (Koplik’s spots) inside the mouth and a distinct rash of small red spots starting at the hairline and spreading downward to cover most of the body.

Since it’s a viral infection, measles won’t respond to antibiotics. Increased fluid intake and acetaminophen (for fever) are recommended to decrease the severity of the symptoms. For most, these common symptoms will disappear without treatment within two to three weeks.

It can be deadly. Before widespread use of the vaccine, measles led to more than 2 million deaths per year.

Between 1985 and 1992, death from measles was reported in approximately 2 out of every 1,000 measles cases in the U.S. In 2000, measles was declared eliminated in the U.S. or no longer constantly present, though spot outbreaks occur.

Why is it spreading so quickly?

Some of the recent outbreaks are associated with travelers who brought measles back from across Europe, Israel and Ukraine, where large measles outbreaks are occurring.

Experts also attribute the resurgence of measles in the U.S. in part to lower vaccination rates in certain communities, making more people vulnerable to the disease and lowering the level of herd immunity that protects large groups from being infected.

How can I protect my child from measles?

Thankfully, it’s easily preventable. You have the power to protect your children (and yourself) from this disease by getting vaccinated.

The measles, mumps and rubella (MMR) vaccine is very safe and effective. Experts recommend that children receive the vaccine in two doses: the first between the ages of 12 and 15 months and the second between 4 and 6 years old.

If your child was exposed to measles and has not been immunized against it, your pediatrician can administer the MMR vaccine within 72 hours of exposure or in some cases immune globulin (IG) to try to prevent the disease or make the illness less severe.

Should you have additional questions regarding your child’s immunization status, don’t hesitate to contact your pediatrician.

[read:] Washington measles outbreak climbs while other states grapple with the disease (CNN)