LGBTQ youth and suicide risk – What can we do? 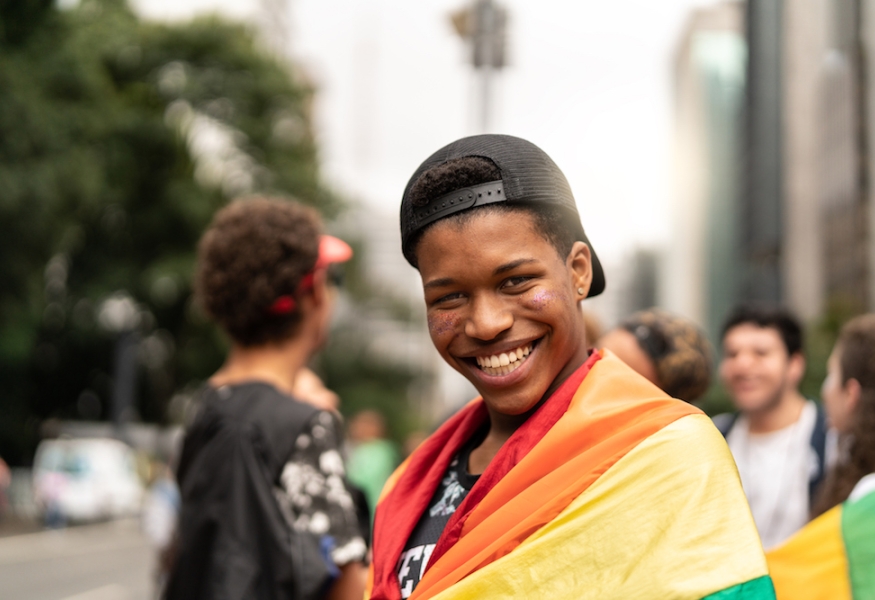 Do you feel like discussions concerning mental health and suicide are everywhere in the media these days? I do, whether it’s from several news reports following celebrity deaths or even “Thirteen Reasons Why” on Netflix. This attention comes at a critical time, though. Suicide rates have steadily increased over the last decade, and losing any life to suicide is incredibly painful and tragic. I think most of us can agree suicide prevention is important. By keeping suicide as part of our public discourse, we can make a statement about suicide as an issue that must be addressed.

Our conversations surrounding suicide prevention often focus on identifying risk factors and warning signs to help us learn which youth could be struggling with suicidal ideation. Risk factors increase susceptibility, either directly or indirectly. These are wide-ranging, but commonly include depression, anxiety, substance abuse, poor social support, anger, recklessness and withdrawal from activities. Warning signs are indicators for a child at immediate risk, such as writing a suicide note, making a suicide plan or giving away prized possessions.

It’s important to know these risk factors and warning signs! They help us recognize who might be in need of support and assistance from a mental health professional. Often lost in the discussion is the simple fact that some youth are particularly more vulnerable to suicidal thoughts and behaviors than others.

For instance, it’s particularly common amongst youth who identify as LGBTQ (lesbian, gay, bisexual, transgender and questioning) or elsewhere on the LGBT spectrum. The CDC’s Youth Risk Behavior Surveillance System (YRBSS) reported that while 15 percent of, heterosexual high school students thought about suicide in the past year, 43 percent of gay, lesbian, and bisexual students did. Similarly, while 6 percent of heterosexual students reported a suicide attempt in the past year, the incidence rose to 29 percent amongst gay, lesbian, and bisexual students. To make matters worse, transgender youth are particularly at high risk for suicide. A recent study reported 51 percent of transgender males and 30 percent of transgender females (ages 11-19) attempted suicide at least once in their lifetime.

These statistics are troubling, but there is hope. For LGBTQ youth, being accepted by family and friends can protect them from suicidal thoughts and behaviors, according to research. A recent survey identified lower rates of suicidal thoughts and attempts amongst transgender and gender non-conforming youth who were able to use their chosen name. Taking a chosen name aligning with one’s gender identity is a common experience for transitioning youth. Those who were able to use (and be identified by) their chosen name and identifiers (he, she, they, etc.) at home, school and work reported far fewer thoughts of suicide as opposed to their transgender and gender non-conforming peers who weren’t able to do so. These seemingly simple acts of validation can convey acceptance, welcome and genuine care for these children, making a monumental difference in their lives.

So what can we do? First, we can keep the conversation going. By doing so, we’ll continue to learn how to best protect our most vulnerable children. September was National Suicide Prevention Month, but it’s always important to keep this topic in the spotlight. Second, we can be accepting, supportive and welcoming to LGBTQ+ youth in our lives, and respect them by using their chosen names and identifiers. We can also provide spaces for them to freely express themselves. Lastly, and most importantly, we can ask the young people in our lives about suicide. These conversations might seem scary and intimidating, but there’s no substitution for an honest discussion. Asking about suicide will not “give kids the idea” or make them suicidal, according to numerous studies, but not asking might perpetuate a stigma and leave a young person in need.

If your child (or a child you know) is struggling with suicidal thoughts, seek out care from a mental health professional immediately or contact a suicide hotline for advice and assistance.

Together we can protect our most vulnerable youth. Suicide prevention is everyone’s business!