Texas Children’s and Be The Match partner to hold “Cheek Week” event
Monkeys Have Pulmonary Hypertension, Too
Food Allergy: The Layers of Protection
Reducing the Risk of Children Developing Cancer Later in Life
Does my child need to be screened for cancer?
Department
Lung Transplant
Pulmonary Medicine
Transplant Services 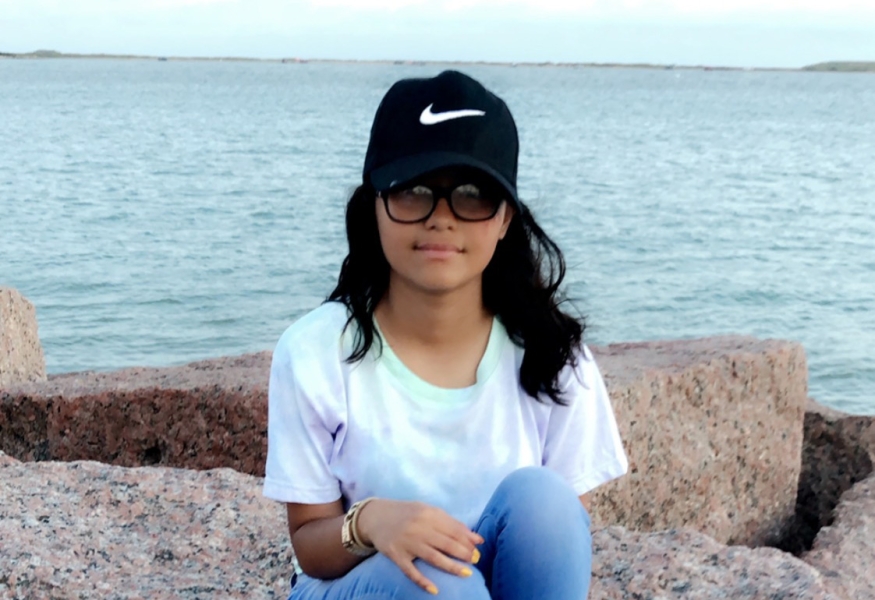 At first the doctors could not figure out what was wrong with Joanna. "We were in and out of the hospital for months," Jose said. Even with the numerous visits, she did not get better. "Joanna would turn purple because she could not breathe well and was now dependent on full blast oxygen.”

Eventually, she was referred to Texas Children's Hospital where, within two weeks, she finally received a diagnosis.

"Joanna was placed on a lot of meds and was still dependent on oxygen," Jose explained.

Every six months, the family would make the grueling 12-hour round trip travel to Texas Children's Hospital for follow-up care and Joanna was still not showing signs of recovery. Instead, she consumed as many as six tanks of oxygen per day just to help her breathe.

Her quality of life was also very low. Joanna could not do very much. "If she wanted to ride a bike or play, someone had to be there, next to her the entire time, holding the oxygen tank. At home, she had a 50-foot oxygen cord tethering her everywhere. Because of this, she was very behind at school. She only received about two to three hours per week of homeschool time," Jose said.

As a parent, Jose was heartbroken for his daughter and so were her doctors.

By age 10, Joanna could no longer continue to live on oxygen tanks, so her pulmonologist, Dr. Fadel Ruiz, concluded that Joanna needed a lung transplant.

Like any surgery, needing to undergo a lung transplant can be a scary thought for any family, but it was Joanna's only shot at a better quality of life.

In May 2017, Joanna was placed on both the adult and pediatric lung transplant lists and the wait begun. Luckily for Jose, Joanna and their family, they did not have to wait long. Joanna received her transplant and a second chance at life on July 13, 2017.

"Everything turned out wonderfully, she was only in the hospital for two weeks after the transplant and they even called her a super star because she tolerated everything so well and had an amazing recovery,” Jose said.

Joanna recently had her two-year post-transplant follow up appointment and she’s doing amazingly well. She’s back in school full time and doesn’t need supplemental oxygen at all.

Jose remains thankful for all the assistance Joanna received from Texas Children’s during this extremely challenging time.

When asked about his favorite ability Joanna now has post-transplant that she couldn’t do before, he said, "I love everything this transplant did for her. Seeing her go outside, riding her bike without her oxygen tank, it’s amazing. It really is a whole new life and I’m just grateful for the team – for Texas Children’s Hospital, for Dr. Ruiz. He was truly an angel to my daughter."