Texas Children’s and Be The Match partner to hold “Cheek Week” event
Monkeys Have Pulmonary Hypertension, Too
Food Allergy: The Layers of Protection
Reducing the Risk of Children Developing Cancer Later in Life
Does my child need to be screened for cancer?
Department
Hematology Center
Immune Hematology Program
Cancer and Hematology Center 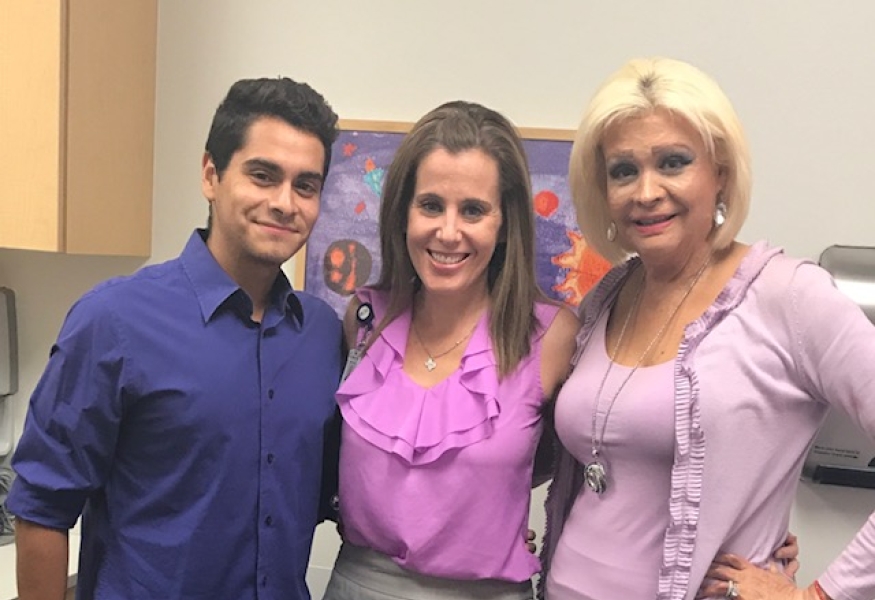 Immune thrombocytopenia, more commonly known as ITP, is a disorder that results in low platelets. Platelets are the cells circulating in the blood that help control bleeding by forming a blood clot. When the platelets are low, common symptoms include easy bruising and formation of small, red, flat marks on the body called petechiae. Affected patients can also develop more serious bleeding, though fortunately this is rare. It is common for children with ITP to have fatigue, and activity restrictions are necessary when the platelet count is low to minimize risk of serious injury.

ITP occurs in both adults and children. In children, it often develops after exposure to a viral infection and is caused by the immune system becoming dysregulated, or confused. The immune system is normally responsible for defending the body against foreign invaders, such as infections, but when it becomes dysregulated it can make antibodies that target healthy cells. In the case of ITP, these antibodies are directed against the platelets. Although this is considered an autoimmune condition, the majority of children affected with ITP get better on their own without any treatment. Children who develop bleeding symptoms require treatment to raise their platelet count and control their bleeding. Other situations that may warrant treatment include after accidents or injuries, the need for a surgery or invasive procedure that cannot be done with a low platelet count, or other patient-specific factors.

Common treatments for ITP include IV infusions, such as Intravenous Immune Globulin (IVIG), and anti-D Immune Globulin, as well as oral corticosteroids, such as prednisone. These medicines help the body preserve the platelets by preventing them from being destroyed by the immune system. Occasionally, more seriously affected children will require aggressive therapies, such as certain forms of chemotherapy to quiet the immune system, or surgical removal of the spleen (splenectomy). These therapies work to decrease the antibody production that leads to platelet destruction. Other agents, called thrombopoietin receptor agonists (TPO-RA, romiplostim and eltrombopag), help the bone marrow make more platelets to compensate for the ongoing platelet destruction.

Approximately 60-70 new patients with ITP are seen at Texas Children’s Hospital every year and we follow over 250 patients with this disorder. We are actively pursuing research seeking to better understand the causes of ITP in children, and we are active collaborators on clinical trials and other research studies. We are also part of the Pediatric ITP Consortium of North America (ICON), which is a network of ITP experts throughout the U.S. and Canada dedicated to improving the understanding of ITP biology and treatment response.