Texas Children’s Cancer and Hematology Center Receives Gift from The Faris Foundation to Bring Novel Therapies to Patients with Brain Tumors
Texas Children’s Celebrates 10th Anniversary of its Medical Legal Partnership
Third time’s a charm
It was worth every mile
Five Years of Seizure-Free Living, Thanks to Texas Children’s
Department
Epilepsy Center

Five Years of Seizure-Free Living, Thanks to Texas Children’s 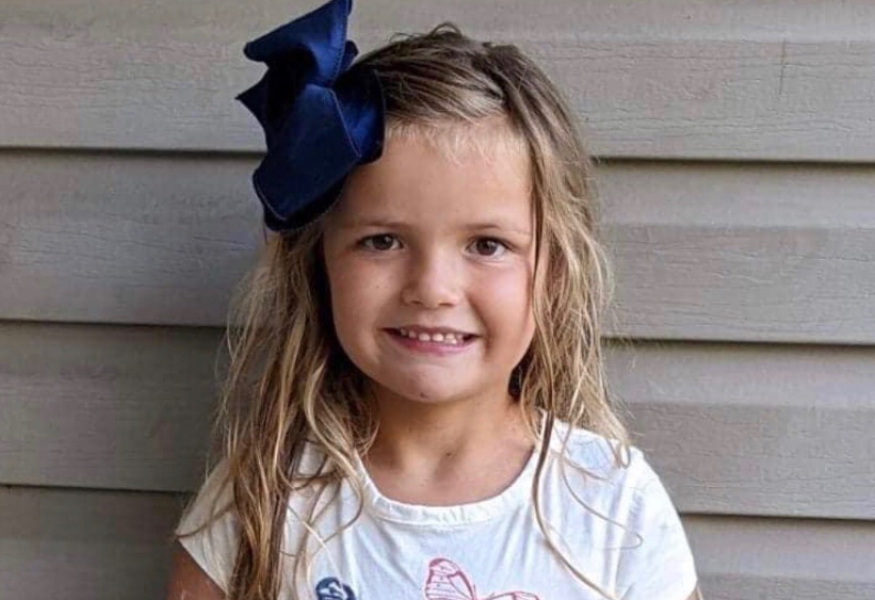 Hadli Feck was just four months old when her seizures began. One day, her parents noticed her eyes suddenly roll upwards in her head, followed by a crying episode. It was a frightening scenario, which recurred sporadically for three days straight. By the fourth day, Hadli’s seizures became almost continuous. After rushing her to the local children’s hospital in Ohio, testing revealed a diagnosis of tuberous sclerosis complex (TSC), a condition that causes benign masses. These masses can grow on any organ of the body. The kidneys, eyes, skin and heart are all commonly affected, but 90% of children with TSC have brain lesions that cause epilepsy and infantile spasms like Hadli’s.

Initially, medication helped control her symptoms, but her daily seizures began to worsen and, within months, they were causing vomiting so severe that she would have to be hospitalized. When she was 8 months old, Hadli was admitted to the hospital with pneumonia, which exacerbated her seizures. During her 23-day stay, her doctors tried a variety of treatments to no avail. After returning home, Hadli’s seizures became progressively longer and more frequent, occurring throughout the day and night. Hadli was having more than 100 seizures a day, every day. Her family was distraught. 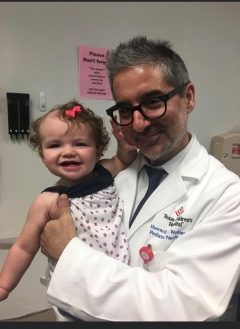 Finally, Hadli was referred to the Epilepsy Center at Texas Children’s to be evaluated for epilepsy surgery. Her surgical team was led by Dr. Howard Weiner who, as chief of Neurosurgery at Texas Children’s, leads one of the most active and highly regarded pediatric epilepsy surgery programs in the nation. Also on the team were Drs. Daniel Curry and Rohini Coorg. Experts at Texas Children’s have treated more children with TSC surgically than any other center in the world. Over the last 20 years, the field has advanced tremendously, with exciting new options available for children with TSC-related epilepsy that hasn’t responded well to other treatments.

Hadli’s neurosurgery team worked quickly to admit her to the Epilepsy Monitoring Unit, where her seizures could be captured in real time via imaging for further evaluation. A team of technologists monitored Hadli for 24 hours through the use of electroencephalograms with video in order to develop the best possible care plan. The very next day, the findings were presented at the Epilepsy Surgery Conference, a meeting in which every member of the Epilepsy Center’s extensive medical care team comes together to discuss current patients and to collaborate in determining treatment and surgical plans. The team decided that surgery to remove the right frontal tuber — the area where her seizures were occurring — would be the best solution for Hadli’s condition.

After her surgery, Hadli visited with Dr. Weiner during regular follow-up visits so that he could review her progress. Two years later, her family was happy to report that Hadli had remained seizure-free without the need for medication. In that time, she made significant developmental and functional gains. During her visits, she smiled and played like a healthy toddler, and an updated brain MRI showed no additional reasons for concern.

Today, Hadli is a happy and healthy 6-year-old girl with a great future ahead of her. While she continues with annual imaging at Texas Children’s, the team also works closely with her local physicians in Ohio to ensure strong collaboration and teamwork in her ongoing care.

Recently, Hadli’s family wrote to the team at Texas Children’s to let them know how well she is doing and how thrilled they are with her progress: “We wanted to say hello from Ohio and show the progress our girl has made. We recently celebrated five years of seizure freedom since her surgery that you did! In the same week, she also graduated from kindergarten. We can’t ever thank you enough!”

Learn more about tuberous sclerosis complex and how it’s treated at Texas Children’s.