Fighting epilepsy with the ketogenic diet 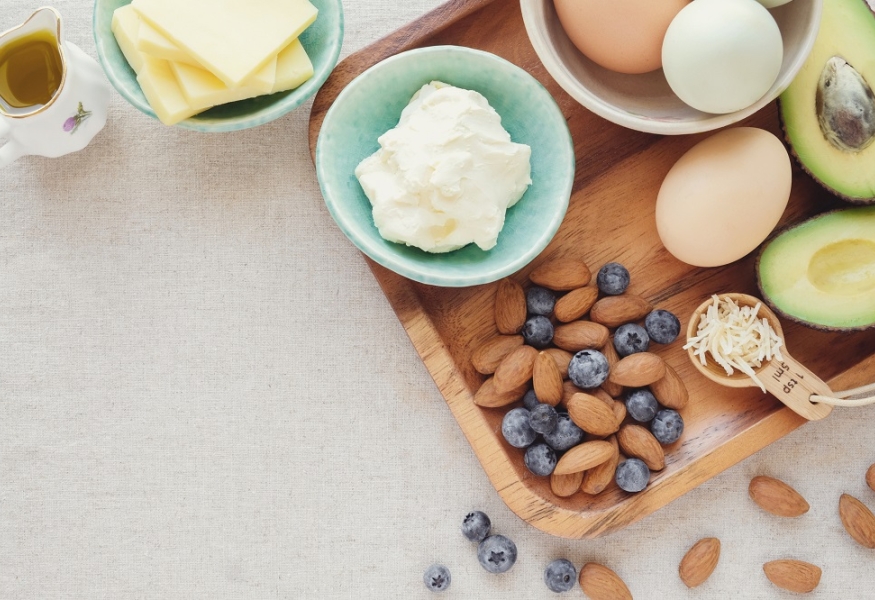 What is epilepsy, and who is affected?

Our brains operate incredibly, almost like a circuit board. In the brain, billions of nerve cells arranged in intricate patterns interact with each other through electrical circuits, resulting in all of our cognitive function. If a disruption hits any of these electrical circuits, a seizure could occur, presenting an uncontrollable disturbance in behavior, sensation or movement with (or without) altered states of alertness and comprehension. Epilepsy is a common neurological disorder that can affect anyone, and stems from a variety of causes, including genetic makeup, structural brain changes, tumors, prior infections and inflammation. However, the specific cause is often unknown in many cases.

Epilepsy is the fourth most common neurological condition in the world, impacting over 65 million people across the globe and approximately 450,000 children in the U.S. Since epilepsy disrupts brain activity, it can also affect a child’s ability to learn and function appropriately. Therefore, it’s imperative that epilepsy is addressed and treated.

When do you suggest the ketogenic diet for epilepsy patients?

According to the Epilepsy Foundation, there are approximately 30 seizure medications available to epilepsy patients in the U.S. If there are 1-3 trials of the appropriately chosen medication, nearly 70 percent of children with epilepsy can gain control of their seizures. However, for the 30 percent of children who can’t control their seizures with medication, the ketogenic diet (KD) might be an option. This low-carb, high-fat diet is effective in significantly reducing seizures by as much as 50 percent in many patients, and can call for decreased dosage in medications. This KD can also completely stop seizures, as seen in 10 percent of epileptic patients who maintain the diet.

How did the ketogenic diet come about, and how was it connected to treating epilepsy?

Fasting, which induces ketosis, has been used as a treatment for epilepsy for a long time, dating back to biblical times. Following the introduction of phenytoin (Dilantin) in 1938, dietary treatment for seizures took the back stage as medication use surged. Fortunately, the KD gained popularity after receiving national attention on NBC’s “Dateline” when the story of Charlie, a 2-year-old boy with epilepsy, became seizure-free after trying the KD. This spotlight heralded a new era for the KD, now widely used by medical and nutrition treatment programs across the U.S.

What exactly is the ketogenic diet?

The KD is a high-fat, low-carb and adequate protein diet that forces the body into a state of ketosis, meaning the body is primarily utilizing fat instead of carbohydrates for metabolic energy. It’s often described in ratios of fat to protein and carbohydrates. So, a 4:1 ketogenic ratio suggests four parts fat to every one part carbohydrate and protein, equivalent to 90 percent of calories coming from fat, 4 percent from carbohydrates and 6 percent from protein.

Even though the KD has been around for a while, the exact mechanism(s) behind the diet’s ability to effectively control seizures remains widely unknown. The KD is an option for children who eat normally by mouth, as well as for children receiving nutrition from feeding tubes by using commercially available ketogenic formulas.

Which foods are commonly used on the ketogenic diet?

The KD is mainly comprised of high-fat foods including avocado, mayonnaise, sour cream, cream cheese, oils, butter and heavy cream. Protein, provided only in amounts sufficient to promote normal growth and development, can come from a variety of sources including chicken, fish, eggs and cheese. The limited amounts of carbohydrates allowed on the KD come primarily from fruits and vegetables. It’s important to work closely with a ketogenic dietitian to closely follow the diet’s ratio, which is necessary to maintain adequate growth alongside an appropriate level of ketosis to promote optimal seizure control.

I’m interested in trying the ketogenic diet for my child. Where do I start?

The KD and other high-fat dietary treatments for epilepsy require close medical guidance and supervision in order to ensure safe administration of the dietary plan. Your child’s neurologist can place a referral to the ketogenic diet team at Texas Children’s Hospital, if appropriate.