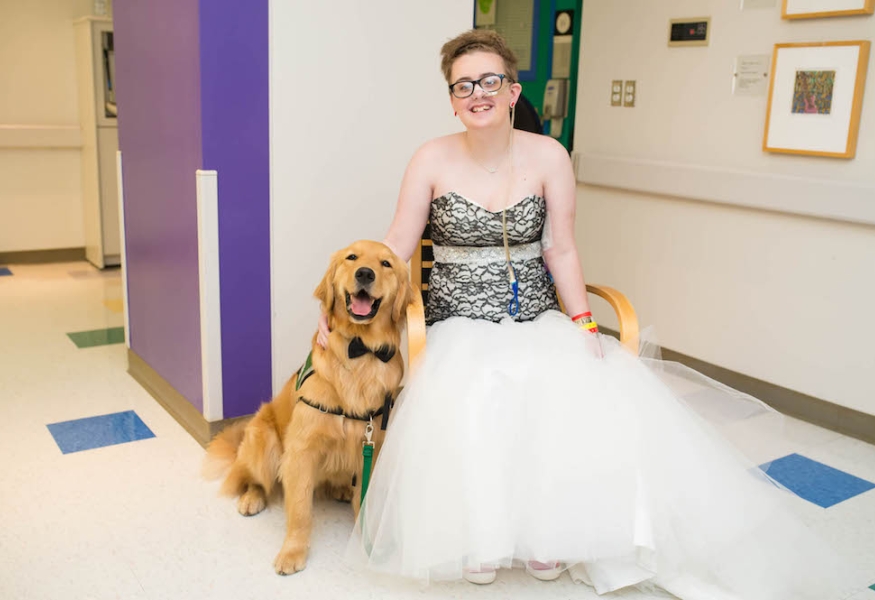 My name is Ella, and I’m 16 years old. I’m a writer, photographer, artist, Christian and much more. I also have a genetic disorder called Ehlers-Danlos syndrome, or EDS. I’m currently living with this disorder, along with all the comorbid conditions that often come with it, and I try to stay true to myself while doing so.

EDS is a group of connective tissue disorders with the ability to affect many parts of the body. It’s currently classified into 13 subtypes. In my case, I have severe hypermobile EDS (hEDS). Some of the symptoms I manage on a daily basis include chronic pain, vertigo, nausea, inability to eat, stomach pain and dysmotility, dislocations and subluxations of my joints, rashes, severe allergies (a histamine/mast cell issue), high heart rate with low blood pressure (a condition called dysautonomia), and much more. Right now, I’m wheelchair-bound.

I waited a long time before I was diagnosed; especially considering some of my symptoms had been present since I was little. I’ve always faced widespread pain, and I had my first allergic reaction when I was just 6 months old. I can’t even count how many fourth degree sprains I’ve had. My heart rate and blood pressure readings are always wonky. Things got worse when I reached adolescence, particularly when I started experience anaphylaxis at 10 years old. It would happen sometimes over three times a week, and I eventually was running into walls from my dizziness and puking at school due to my nausea. Testing suggested central nervous system vertigo when I was 14, but nobody could figure out where it was coming from. When we sought help soon after, I was called “crazy” because my symptoms didn’t make sense. My condition is rare, and they simply didn’t know enough about it to diagnose me.

After eight months of searching for answers, my life changed when we met Texas Children’s neurologist Dr. Edward Espineli. He listened to me, and, after an examination, said, “I think I know what’s wrong with you.” He diagnosed me with dysautonomia, a dysfunction of the autonomic nervous system. It was our first puzzle piece – the first validation that this sickness wasn’t my fault. This set the ball rolling. I quickly went from having one specialist to nine specialists. My cardiologist told me I had EDS, and a geneticist officially diagnosed me with hEDS soon after. Some doctors from my hometown told me they read about my condition but never had seen it in real life. We drove two to three hours every week to see my new specialists. In the midst of treatment and staying on top of everything, another problem arose. This is what landed me inpatient at Texas Children’s several times.

One day, after eating, my belly blew up like a balloon. I felt immense pain, and I wasn’t able to defecate. After four days of failed clean-outs and laxatives, I was admitted to Texas Children’s Hospital The Woodlands for nearly two weeks. During this stay, we learned my stomach and intestines weren’t moving right, so food was getting stuck in the wrong places and making it hard for me to go to the bathroom. I had to stop eating, and a central line called a PICC was placed in my arm. As a result, I was put on total parenteral nutrition (TPN). This was the hardest thing I’ve had to do. Nothing was moving through my gastrointestinal (GI) tract, and nutrients were fed directly into my bloodstream. It kept me alive, but I felt hungry, cranky and unsatisfied. We learned this just happens to some EDS/dysautonomia patients.

About a week after getting home from the hospital, my belly was distended again and I was admitted to main campus for five weeks. This was a hard stay. I endured some invasive tests, an NG tube placement for suctioning and an additional NJ tube placed in my other nostril to attempt tube feeds. Yes, it was hard, but Texas Children’s does their best to make it as pleasant as possible. One thing that made my stay enjoyable was visits from Pinto, one of their therapy dogs, and his handler, Shelby. He would jump onto my bed and cuddle with me while I talked to Shelby about all of the things that were going on. Once he even walked beside me as I rode a bike in the halls for physical therapy. Those long days could’ve gotten really dark, and sometimes they did, but I always looked forward to those visits.

I found out Texas Children’s was hosting their very first prom nearly halfway through my stay. I was immediately interested in going. Shelby and I joked that Pinto would be my prom date, but I never expected anything to actually come from it! I was wrong – Texas Children’s always goes above and beyond for their patients when given the opportunity.

The day before prom night, the child life room was filled with prom dresses and suits. My family and I picked out so many, and I tried on what seemed to be dozens of dresses before I finally found the right one. It was mine to keep, and it was free. The next day, Sephora came to the hospital and did my makeup, and Kendra Scott provided jewelry. Drybar was there too, and they did both my mom’s hair and mine. Then, it was time to go back to my room to put on my dress.

Pinto and Shelby came into my room once I was ready, and people with cameras followed them. Pinto was wearing a bowtie and everything! We went into the hallway and took lots of photos. Prom was a blast. I met up with a friend and made lots of new ones. I never realized these kids really understood the uniqueness of life inside the hospital, but like me, they were still joyful.

I know I’m not a regular kid. While my friends were preparing for church camp, I was getting a tube in my stomach. I take 42 medications every day to manage my symptoms. But, because of Texas Children’s, I’m thriving while fighting my illnesses. And despite it all, I’m still just me.