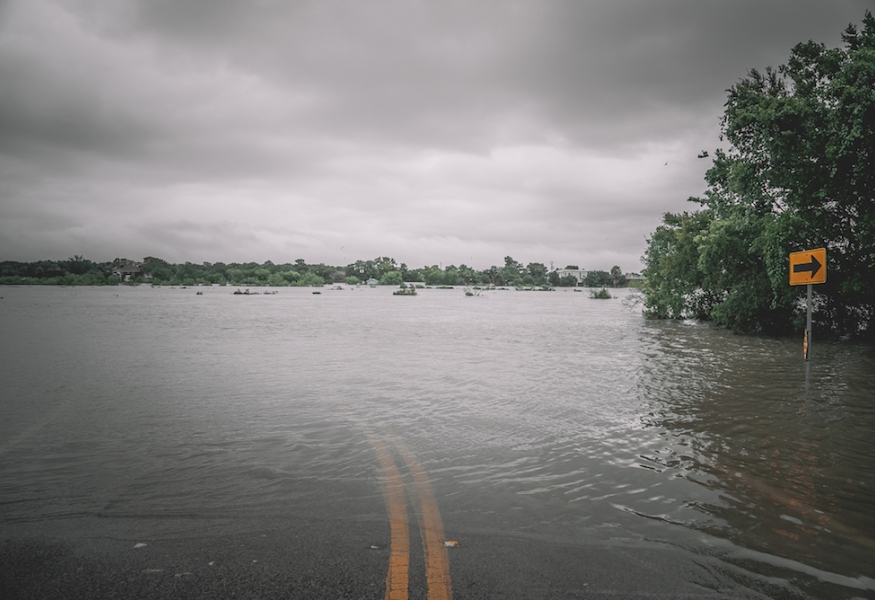 Hurricane Harvey, which brought catastrophic flooding to Houston last year, was a disaster that didn’t discriminate. It would be impossible to identify someone in Houston who wasn’t affected by the storm in some way. In fact, the mere mention of these two words is enough to evoke nausea and anxiety in most people I know.

Unlike many of my patients, colleagues and friends from Texas Children’s Hospital, I’m a Houston native and “hurricane historian” of sorts. When initial warnings on Harvey became concerning, many approached me for my advice and perspective, questioning me on what it really means to “hunker down” and if it was really necessary. My answers would vary. “Move your car to higher ground.” “You can never have too much bottled water.” “Make sure you have at least a two-week supply of medications for you and your family.”

I faced Hurricane Katrina as a college student in New Orleans, as well as Hurricane Ike as a resident on UTMB’s ride-out team in Galveston, so I’m familiar with the devastation these storms can cause. I found myself in a different scenario this time around, one I wasn’t accustomed to; I was high and dry on the fifth floor condo I had recently moved into. I’ve lost everything and started over from scratch, which is what inspired me to take action as soon as the rain began.

I watched, horrified, as something started shifting on my social media feeds. The anxious, fear-riddled chatter almost instantaneously turned into images and videos of the city filled with water. Unlike my previous hurricane encounters, the water continued to rise dangerously. Since my building didn’t lose power, I continued to watch real-time updates in disbelief as my beloved city became submerged.

I knew I was lucky enough to be safe, but also wasn’t sure if I would stay this way due to the storm’s unprecedented impact. I was thankful to have internet access, and I began to feel compelled to act. It all started with an incoming message on my Facebook account – my friend from across the country sent me a simple note: “I haven’t been able to get in contact with a family member in Houston. I know this is a long shot, but can you help?” Without hesitation, I composed a post and published it to my page. Then, I set a timer on my phone and began to reach out to this family member every 10 minutes.

During the crisis, guided by my experience in triage situations, I decided to change my social profiles from private to public for higher visibility. I posted a simple message: “I am safe, have electricity/internet, as well as multiple devices and contacts, and I’m available for you. If you or someone you know needs help, please let me know.” I never could’ve predicted the outcome.

Within minutes, my social media profiles and personal phone became flooded with requests. The messages came from people I knew, friends of friends and even people I’d never met. They were all in need of help. While the flooding worsened, so did the requests. I started receiving rescue pleas from a scared, single mother trapped by rising waters and terrified over whether her family, alongside a blind woman stranded in her first floor apartment, would be saved.

There were three key actions that really made a difference in my ability to help. First, I downloaded Zello, a walkie-talkie app, which I’d heard the Cajun Navy was using to coordinate rescues. Next, I petitioned to join several local and statewide off-road rescue and recovery groups. Lastly, I worked with friends to create a map and simple intake sheet of rescue needs. Where are they? How many people are there? Do they have electricity? Is there higher ground? Is anybody sick? What about pets?

Just like medical emergencies in the hospital, teamwork was critical in providing the best care for and addressing the needs of the people who reached out to me. I served as a dispatch for a core group of Texas Children’s Hospital and Baylor College of Medicine colleagues in order to divide and conquer.

Lives were at stake, and I applied the persistence and determination I bring to my everyday job to these strangers in dire straits. Failure wasn’t an option. We were able to make a huge difference, without even needing to put on scrubs or leave our homes. Without ever meeting (or hearing the voices of) the people we were assisting, we were able to facilitate lifesaving efforts carried out by rescue officials and good Samaritans, like those from the Houston Area Off-Road Recovery group. Ultimately, 100 families were rescued in under 72 hours.

Rescue – Recovery – Rebuild. This became out motto. When the rain subsided, our efforts quickly shifted to “recovery” mode. I was able to raise over $15,000 in gift card donations for families in need. I turned my condo into a command center for recovery efforts, bolstered by the help of countless Texas Children’s and Baylor colleagues (doctors, nurses, support staff, lab staff, etc.) who brought over clothing, toiletries, car seats and even infant swings. I paired colleagues with families living out of hotel rooms to order groceries and take-out dinners. Everyone came out to help.

Our “rebuild” effort was two-fold. Through social media, I was able to find volunteer contractors and small armies of helpers (primarily volunteers) with tools who dropped everything they were doing to drive across the country in campers and put their lives on hold to help strangers. We provided contractors with a list of families in need alongside gift cards from Lowe’s and Home Depot, and they did the rest. The next part of this effort involved assisting families in rebuilding their lives. I started an “adopt-a-family” program to match families in need with kindhearted volunteers who provided everything from household items to school supplies to words of encouragement.

Anyone who has been on-call knows of the feats you can achieve with no sleep and tons of caffeine. To me, staying awake for 72 hours felt like a small sacrifice to help people rebuild their lives. This disaster enabled me to use skills I’d gathered over the years of my medical career to help those in need and provide benefits that are difficult to measure.

On the first anniversary of Hurricane Harvey – as we lament our losses, rejoice in our good fortune and enter another (hopefully quieter) hurricane season – I encourage each of you to ask yourself how you can use the skills and privilege we take for granted every day to help those less fortunate around us. Most of us are accustomed to helping the helpless on a daily basis while hoping we never end up in a similar situation. I hope Houston never faces a disaster on the scale of Hurricane Harvey again, but if we do, I have full confidence that the finest from Texas Children’s and Baylor will do exactly what we’re trained to do: help and heal from the heart, in any way we can.