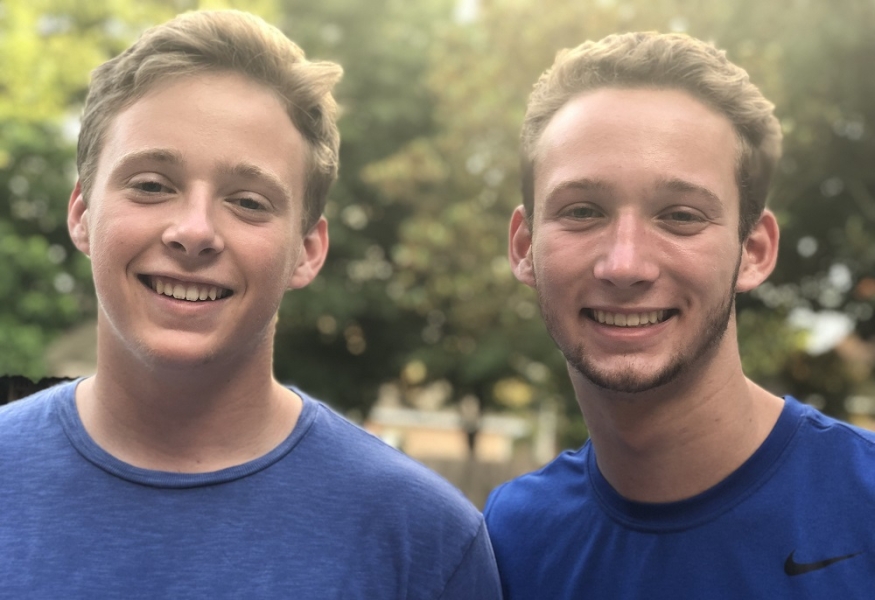 To this day, my family will never forget April 4, 2014. It was a typical day, as far as most days go. I fixed lunches in the morning, and my kids were out the door and off to school.

I was reminded of the previous night – my youngest, Conrad, was complaining of fluid in his ears, which was bothering him. This wasn’t abnormal, as Conrad had brought up these complaints on and off for some time, but our allergist and otolaryngologist (ENT) both thought his eardrums might’ve been retracted from his allergies.

I started wondering if maybe Conrad had a strange, undetected inner ear infection, or maybe a sinus infection considering his recent headaches, so I called our otolaryngologist’s office and requested a CT scan out of nervous concern.

I checked Conrad out of school that day around noon to go get the scan. We did the scan, and our doctor called us within a few hours asking us to come back to discuss the results. We arrived, and she called us into a room. I could tell she was visibly nervous. She pulled up the scan, and brought our attention to something blocking one of Conrad’s brain ventricles. It needed medical attention right away.

Since Conrad was sitting right next to me, our doctor was very careful to avoid those awful, dreaded words a parent never wants to hear, which were already on my lips … brain tumor.

When Conrad went to the restroom, she confirmed he did indeed have a brain tumor. She had already lined up a pediatric neurosurgeon for us in a city four hours away, and told us we needed to leave right away, as they were expecting us. I immediately, but politely, declined, because I knew where we needed to go – Texas Children’s Hospital. Our doctor made a call and spoke with Texas Children’s neurologist Dr. Clark. He wanted to see Conrad immediately, and that’s all we needed to know..

We went home, packed our things quickly and hopped in the car in route to Houston. I felt as if everything was moving in slow motion. When we arrived at Texas Children’s, I somehow instantly knew we were in the best place possible for my son. Conrad was calm, and it was easy to see how comfortable and safe he felt at the hospital.

The next morning, Conrad went through a four-hour MRI scan. Next, we met with Dr. Whitehead, Dr. Clark and several other experts from Texas Children’s Neuroscience Center and Brain Tumor Program. We were told Conrad had a juvenile pilocytic astrocytoma, a rare childhood brain cancer. Conrad’s tumor was pushing his brain stem into his spine, and pressure in his brain was eight times that of a normal one. The pressure on his optic nerves was so intense that doctors were worried about cerebral atrophy and eyesight loss, as one of Conrad’s eyes was already dilated. In a few weeks’ time, Conrad could be potentially blind and brain dead.

Dr. Whitehead wanted to go into surgery right away, and Conrad was prepared to go under. I was terrified, but knew Conrad was going to be OK on the morning of his surgeries – only because I knew Dr. Whitehead was one of the best pediatric brain surgeons in the world. In fact, everyone on Conrad’s medical team, from the anesthesiologist to the nurses, were simply the best. Conrad was a strong fighter through both surgeries, and there were no complications.

After almost 24 hours of surgery time, Conrad was tumor-free. We were truly blessed, and nothing mattered more than having Conrad back in our arms. Four years have passed and Conrad is completely healthy.

Even today, we get the absolute best care when we come down for follow up appointments with neurology and other care providers. I would fly my children to Texas Children’s Hospital for care, even if I lived halfway across the globe.