Ava’s story: How a VAD saved my life while awaiting a heart transplant | Texas Children's Hospital

Ava’s story: How a VAD saved my life while awaiting a heart transplant 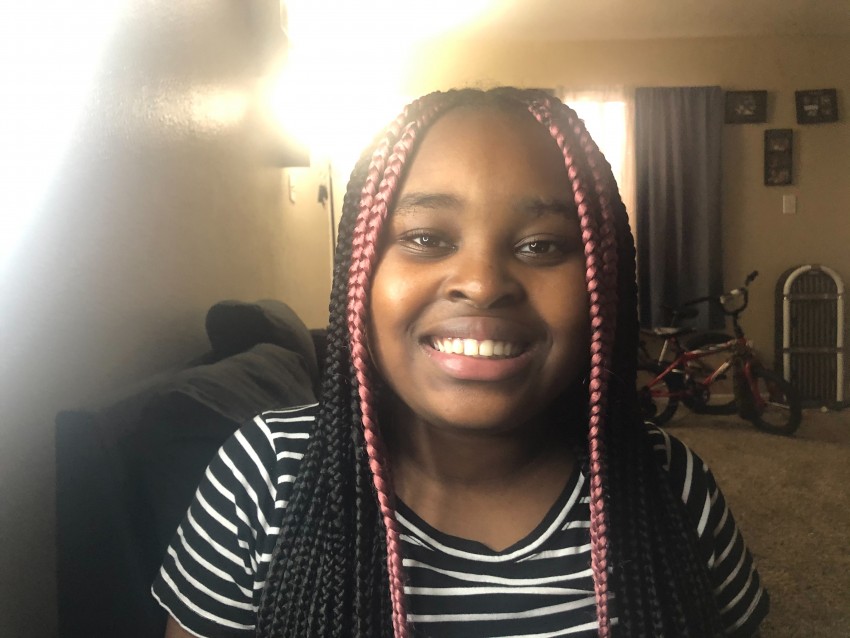 In Oct. 2020, life changed unexpectedly for Alice Chatman. Out of the blue, her daughter, Ava – who she describes as a normally healthy child – started developing unusual symptoms. At first, Alice thought it was just a bad case of upset stomach, but when Ava’s symptoms didn’t go away, she began to worry.

“A day after we celebrated Ava’s 12th birthday on Oct. 10, she didn’t feel well,” Alice said. “She started coughing really hard. She complained her stomach hurt, she felt nauseous and could barely keep anything down. All she wanted to do was drink water. When her symptoms weren’t improving, I scheduled a telehealth visit with a pediatrician. I wanted to find out what was causing my daughter so much discomfort. I was desperate for answers.”

The pediatrician initially thought Ava’s gastrointestinal symptoms might be caused by acid reflux, so he prescribed medication for Ava, including medicine to control her vomiting. Several days later, Ava still wasn’t feeling better. After two emergency room visits and a trip to an urgent care, her doctors couldn’t pinpoint what was wrong with her. Things would change once Ava came to Texas Children’s Hospital.

“There were so many roadblocks trying to find a diagnosis for my daughter,” Alice said. “Once we met with Ava’s Texas Children’s Pediatrics pediatrician, he told me Ava might have pneumonia and would need an X-ray. He referred us to Texas Children’s Hospital The Woodlands. When I think about it now, I am glad he sent us here. This was the day I got an answer to my daughter’s mysterious symptoms. It was Oct. 26, around 3 in the morning, when the ER physician told me Ava was in end-stage heart failure.”

Immediately, Ava was transferred and admitted to Texas Children’s in the Texas Medical Center where a team of physicians had been waiting for her in the Heart Failure Intensive Care Unit. When Ava arrived at Texas Children’s Heart Center®, her heart was enlarged and barely pumping blood to her body. As Alice watched her daughter being hooked up to machines, she tried to process everything that just happened.

“Everything just hit me all at once,” Alice said. “I couldn’t believe my daughter’s heart was failing. Minutes later, I met with two of Ava’s cardiologists, Drs. Swati Choudhry and Hari Tunuguntla. They were very understanding and explained what was going on with Ava’s heart and what their team could do to help her. They, along with her nurses and so many others, were supportive and made me and my daughter feel comfortable given the circumstances we were facing. They helped me understand what Ava’s treatment would entail.”

Ava was diagnosed with dilated cardiomyopathy, a condition in which the heart muscle becomes enlarged and weakened. As a result, the heart cannot pump enough blood to the rest of the body. Ava’s heart function is so weak that she will need a heart transplant. Until that day comes, the primary goal is to improve her cardiac function and reduce her symptoms.

Ava’s congenital heart surgery team determined placing a ventricular assist device (VAD) would be necessary to provide circulatory support for Ava until she receives her new heart. On Oct. 29, Dr. Iki Adachi performed Ava’s surgery during which the HeartWare® VAD, a battery-operated, mechanical pump was implanted into the left ventricle of Ava’s heart, augmenting her heart’s ability to pump blood to the rest of her body. A week later, doctors implanted a pacemaker on the right side of Ava’s heart to treat her abnormal heart rhythms.

Ava spent 60 days at Texas Children’s, which included a 50-day stay in the ICU. Her VAD was functioning normally after surgery, and during her hospitalization, Ava received physical therapy (PT) every day to help regain strength in her arms and legs. Her PT sessions included standing up, walking, stepping up and down on the stairs and various exercises using a weighted ball.

“At first, I was a little scared when I went to the hospital, but everybody was very nice to me,” Ava said. “I had great nurses – like Esmerelda and Kaitlin – who I immediately connected with. My physical therapist, Megan, was really nice, too. When I felt better, we tie-dyed shirts together. During my stay, Bailey, the therapy dog, visited me in my room. She was so sweet and she made me very happy.”

Since Ava’s surgery, Alice says her daughter is doing very well and getting used to her VAD pump. Alice says Ava wears a backpack where she stores the VAD controller so she can move her arms freely instead of securing the device on her arm strap. As part of her follow-up cardiac care, Ava meets with her cardiologists regularly to ensure her VAD is working well.

“I am so grateful to Texas Children’s for helping me find a diagnosis for Ava,” Alice said. “I’m so glad we got here when we did or else Ava’s condition could have worsened very quickly. I thank her physicians, surgeons, nurses, physical therapists and her VAD coordinators who were extremely helpful in educating us on what we needed to know about Ava’s follow-up care before she was discharged from the hospital.”

Just like any patient family who has a child awaiting a heart transplant, last week Alice received the news she had been patiently and eagerly waiting to hear – Ava is now actively on the heart transplant waitlist.

“This was the best news I could have received,” Alice said. “We’re looking forward to the day when we find a perfect heart transplant donor match for Ava. Until that day comes, we will remain hopeful.”