Victoria’s journey to a diagnosis 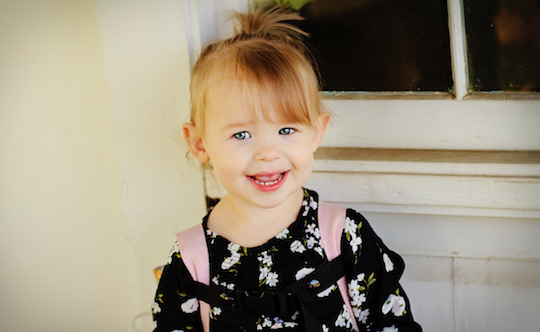 Victoria was born full-term at 39 weeks via a planned C-section. There were no problems throughout my pregnancy and nothing was detected during regular OB visits. On Thanksgiving (at 2 weeks old), I couldn’t get her to wake up long enough to do anything. I called her pediatrician and he met us at his clinic on Black Friday morning, Nov. 28, 2014. That was the morning our lives changed.

After a physical exam and electrocardiogram (EKG), it was discovered that our daughter Tori was in supra-ventricular tachycardia (SVT) and had likely been in it for some time. We immediately took her to Texas Children’s Hospital emergency center. Her pediatrician called ahead so the staff were waiting. In the trauma room, more than 16 people worked in a frenzy to not only get her heart rhythm stable, but to also get blood drawn and vitals taken.

Over the next six weeks we found out that Tori was not only in heart failure due to the constant SVT, but she also was in the beginning stages of acute liver failure as a result of her episodes of SVT. She blew veins in all her legs and arms and would require two PIC lines and a central subclavian line. We eventually were able to go home on three heart medications to control her heart rhythm and a treatment plan with her cardiologist, Dr. Caridad de la Uz.

Shortly after being home, Tori began showing severe GI complications. It started as vomiting up formula and chronic diarrhea. We began working with her gastroenterologist, Dr. Kenneth Ng, and started with a total work-up of labs, stool cultures, changes in formula three times, an abdominal X-ray and a swallow study. When nothing showed up and her condition worsened, we performed her first gastric emptying scan. This showed she had severely delayed emptying of her stomach contents. After unsuccessful trials with two common types of motility drugs, Tori had her first upper endoscopy with pyloric dilatation on Halloween 2015.

Fast forward to May 2016, Tori is 1 1/2 years old. In addition to an episode with her heart in the winter, it was evident after three upper endoscopies with pyloric dilatations, Botox injections into the pylorus and another gastric emptying scan that she still continued to show delayed emptying! By this time her symptoms had worsened and included severe reflux, abdominal distention (bloating), vomiting hours after feeds, chronic constipation and interrupted sleep. Our frustration was at a peak! A motility specialist was brought in to help determine a cause and treatment plan.

Tori had her first nasojejunal (NJ) tube in July 2016. A month later, after three hospital stays for breakthrough episodes of SVT, Tori had an antroduodenal manometry to see how her GI tract functions when food is introduced. 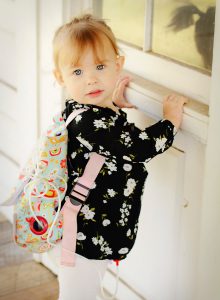 This study gave us the answer we’d been looking for. Tori suffered from a condition called neuropathic gastrointestinal dysmotility. In layman's terms, her nerves do not stimulate her GI muscles to function properly and move food through the GI tract.

There is no cure for this disease, so shortly after the study Tori had her gastrojejunal feeding tube placed. She is able to eat about 10 to 15 percent by mouth, usually in the morning and at lunch. The majority of her nutrition comes from her formula given through her feeding tube directly into her small intestine.

Unfortunately, in October 2016, after a brain MRI to rule out causes of her GI disease, we found a low-grade tumor on Tori’s brain stem. A second MRI thankfully showed no growth at this time, meaning we don’t have to address treatment (which is typically chemo) and we can move forward with genetic testing to find the cause of her conditions and to make the best management plan possible!

Victoria has a team of eight doctors and is seen on a regular basis at all of Texas Children’s locations including the Texas Medical Center, West and The Woodlands campuses. We are grateful for the attention, care and support she gets at one of the best children’s hospitals in the world!