Our experience in the NICU at Texas Children’s 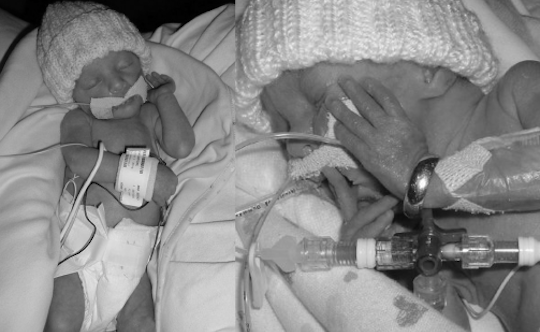 I have wanted kids for as long as I can remember. There was nothing in this world I wanted more than to be a mother. When Aaron and I got married, I knew I wanted a family right away. I am a survivor of childhood cancer and was treated at Texas Children’s Cancer Center from 1991 to 1993. Because of my experience at Texas Children’s, the hospital holds a very special place in my heart. The doctors and nurses are the reason I am here today to tell our story and we will forever be grateful.

Because of my history with cancer, I was advised not wait too long to have children, so we didn't. We were married in November 2002 and found out in February 2004 that we were expecting our first child. Aaron and I were both over-the-moon excited. I was seeing a high-risk doctor because of my medical history and everything was going very well in the pregnancy.

When I was 28 weeks along, I started having contractions late one evening. We called the doctor and he advised us to go to the emergency room to get checked out. After being checked in, they determined I was in fact in labor and they admitted me to the hospital. I was given terbutaline to stop the contractions and magnesium to delay labor. I was in the hospital for two weeks before the medicine stopped working and my water broke. I was taken to the delivery room and when they took me off of the magnesium I became hypocalcemic and basically paralyzed. Aaron was with me when the doctor started yelling the baby's heart rate was dropping and that I was going to need a C-section.

When they started to wheel me away from Aaron, we were both terrified. I was put under anesthesia and Rhian Rae was born via emergency C-section at 30 weeks. She weighed 3 pounds, 9 ounces. Aaron got to see her before they took her to the neonatal intensive care unit (NICU) at Texas Children’s. One of the Kangaroo Crew nurses was the most comforting person and assured Aaron she would take care of our baby. We had no way of knowing this at the time, but this nurse would become a very special person in our lives.

I did not get to see my precious baby girl until two days after she was born because I had a fever. Aaron would go between me and the NICU making sure that both of his girls were well taken care of.

Rhian was perfect. She was on oxygen for about 24 hours. She was so tiny though and had lot of bradycardia where she would stop breathing. The bradycardia and low weight kept her in the NICU for a month. I was in the hospital with an infection for two weeks which actually made it very easy for me to go and see her every day. When I was discharged I was heartbroken because I had to leave my sweet baby girl there. For the next few weeks, I relied on family and friends to drive me to the hospital daily to see Rhian.

She grew stronger every day and the bradycardia episodes became less and less frequent. After four weeks in the NICU, Rhian Rae was able to come home. At the time, she weighed just under 5 pounds. After such a scary start to Rhian's life we were not planning to have any more babies right away, but God had other plans for us. We found out we were expecting six months after Rhian was born. We were shocked and terrified, but hopeful that this time things would be different. My second pregnancy was easy; I felt great. I was monitored closely by my doctor and we were given no reason to be concerned.

Because of my high-risk pregnancy, I had a lot of ultrasounds. Everything was going great until I went in for my 25 week ultrasound. At this appointment I was told I was in labor. I was already two centimeters dilated and 80 percent effaced. My doctor was in Kingwood at that time, so I was immediately admitted to the hospital there and put on strict bed rest. We made arrangements to transport me via ambulance to a Houston hospital where they were better equipped to take care of a micro-preemie in the event that Max came soon. As they were lifting me onto the stretcher, I had a placental abruption and was taken to the operating room where Max Russell was born at 7 p.m. on July 29, 2005, weighing in at 2 pounds, 1 ounce, 15 weeks before his due date.

I thought Rhian's birth had been traumatic, but it was a cake walk compared to Max's. The hospital was wonderful and brought in a neonatologist to take care of Max around the clock for the first 24 hours of his life. We were not allowed to hold him, but they would let us touch his impossibly small hand. When they thought he was strong enough, we called for the Kangaroo Crew to come and get Max and transport him to Texas Children's NICU where we knew he would receive the BEST possible care.

Max was on a ventilator with high amounts oxygen and was given medicine to help his lungs develop. When he was 2 weeks old, he had patent ductus arteriosus (PDA) heart surgery. Over the coming weeks, Max began to show us what a fighter he was. When he was moved to D Pod in the NICU we were blessed with two amazing nurses. Shelley became our primary day nurse and Melissa became our primary night nurse. Remember how I said there was a special nurse after Rhian was born? Well, that was Melissa. Melissa had been part of the Kangaroo Crew team that brought Rhian to Texas Children’s after she was born. It was fate that brought her back into our lives. We were so comforted by the fact that we had two amazing nurses taking care of our sweet Max; hearing their voices on the phone when we could not be with him helped because we knew they were taking care of him like we would. All of the nurses and doctors we worked with during that time were amazing.

Max's stay in the NICU was eight months long – his lungs were so weak that coming off the ventilator proved to be much harder than we had hoped. We were finally able to wean him off of the vent when he was 6 months old, but he still needed a lot of oxygen in order to keep his saturation levels at 100 percent. In late February, we finally started talking about bringing our baby boy home. He was still on oxygen and had a feeding tube, but was doing well with both. We were taught how to take care of him and how to change his feeding tube. The nurses gave Rhian a doll that had and oxygen tube and a feeding tube like Max so we could show her what to expect. She was only 11 months old when Max was born, so she was not allowed in the NICU to see him. 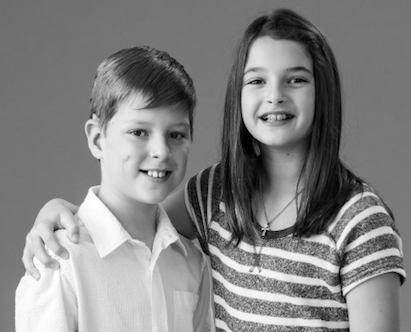 As we were preparing for Max to come home, audiology came and did his newborn hearing screening. We were given the news that Max was profoundly deaf in both ears. We were devastated at the news, but had to be thankful because so many other things could have gone wrong over the last eight months. We finally got to bring Max home on March 8, 2006. He came home on oxygen and with a feeding tube. We weaned him from the feeding tube quickly after he was home. He was on oxygen until February 2007. Now, Max faces life each and every day with a never-give-up attitude and a smile!

We are forever grateful for the amazing doctors, nurses and staff in the NICU at Texas Children’s. We could not have gotten through such a difficult time without them. We hope that Rhian and Max's story gives hope to others who have babies in the NICU.