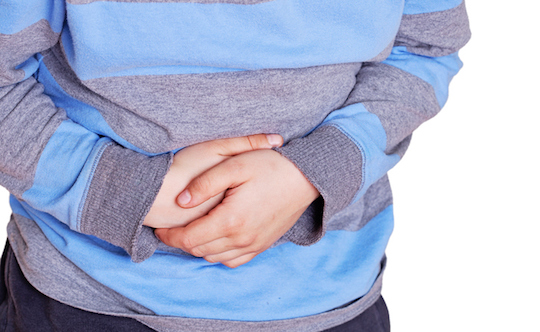 Inflammatory bowel diseases (IBD) are chronic forms of intestinal inflammation where the cause is unknown. There are two major diseases identified within this group of disorders: Crohn’s disease (CD) and ulcerative colitis (UC). These diseases can affect not only the intestines, but other organs as well.

CD is a form of IBD that can affect the intestinal tract from the mouth to the anus, frequently in a patchy fashion. In children, the colon and the last part of the small bowel are most commonly affected. The disease can lead to intestinal complications, such as narrowing of the bowel lumen (the hollow portion of the intestines), holes in the bowel, and fistulas between bowels, or between the bowel and other organs, tissues.

UC affects the inner lining of only the colon. It manifests in connecting ulcerations, which usually begin in the rectum and then spread upwards. In children, about 60 percent of patients present with their whole large bowel or colon inflamed.

Standard approaches to the treatment of IBD include medications that are given by mouth, by injection, by an intravenous catheter and/or via rectal administration.

Caloric and nutrient support to resolve any existing growth or nutritional deficiency is strongly recommended in patients with IBD. Intensive nutritional interventions, such as use of exclusive specialized formula feeding designated as exclusive enteral nutrition (EEN) can be effective independent of medications in leading to remission of CD. Currently, there is no convincing data to support EEN as sole therapy for UC.

Maintaining an optimal energy and micronutrient balance to support growth and disease remission in IBD is a central goal of therapy.

EEN alone can be a very potent treatment for CD, but maintaining that therapy long term is very difficult and the disease usually recurs within a year for patients who pursue this treatment alone. It is not clear why this therapy has a limited time period of efficacy.  As such, more research is needed to establish the long-term efficacy of EEN.

There are also other dietary interventions, such as the specific carbohydrate diet (SCD), which has been reported to maintain remission in IBD patients alone, as monotherapy.  SCD may be more palatable than EEN, which typically requires the use of a feeding tube.

Nutritional interventions are important for IBD patients to optimize energy and micronutrient balance. If you are interested in exploring nutritional therapy alone for your child, it’s very important to consult your pediatric gastroenterologist. Useful websites with information about the nutritional therapies mentioned are: