From Dallas to Houston: Tyler's battle with osteosarcoma 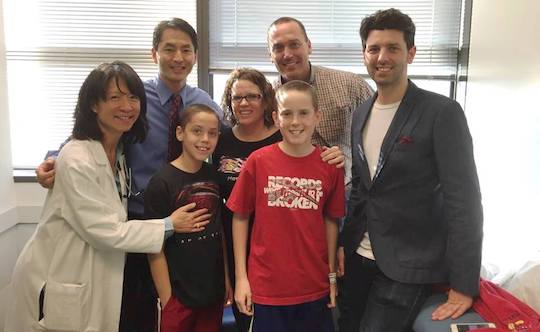 Our son Tyler was a healthy, happy, smart, normal 8-year-old. He had a love for baseball and all things outdoors. He was looking forward to starting fall baseball.  Tyler mentioned his leg was hurting and we thought it was growing pains or possibly a pulled muscle from getting back into shape for baseball.  One night at practice, one of his coaches pointed out Tyler’s limp while trying to run. After a few weeks of rubbing and icing his leg, I felt a lump. I took Tyler to our wonderful pediatrician and a simple X-Ray changed our lives forever.

In September 2011, Tyler was diagnosed with osteosarcoma, which is bone cancer. The tumor was six inches in length and located in his right femur just above his knee/growth plate.

We were overwhelmed, devastated, scared and at the same time covered in love and support from our dear family and doctors following a bone biopsy to confirm the cancer. The biopsy showed Tyler did in fact have Osteosarcoma Stage 2b (meaning it was a very aggressive growing cancer). We were so grateful to hear the cancer had not spread past his right femur.

Chemotherapy was started immediately to fight the aggressive cancer. About a month into chemo, we learned Tyler could not keep his leg due to the type and location of the cancer. We were devastated, again. As we were trying to process the latest news, be up-beat parents to an 8-year-old going through chemo and a wonderful 6-year-old, we had a huge decision to make. Surgery. Surgery options in Dallas were not easy for my husband and me to accept. Thankfully we have wonderful prayer warriors and parents, specifically my father-in-law, who supported us like nothing you’ve ever seen! We were blessed to find a great doctor due to God’s wisdom through my father-in-law. After arranging childcare for our sons, my husband and I headed south to Houston. After a two-hour meeting/interview with the doctor, I knew no matter what “type” of surgery Tyler had, it would be done in Houston. During the next two months, we had the necessary X-rays, bone scans and blood work to prepare for Tyler’s surgery at Texas Children’s. We opted to go with The Stanmore Implant (from the UK). This prosthesis/implant replaced the tumor/knee and leg. The team at Texas Children’s removed more than half of Tyler’s femur and knee. Tyler’s first surgery was December 2011 and we are so grateful for the successful hands of the Texas Children’s team! Tyler went through 1 ½ years of physical therapy along with finishing nine months of chemotherapy. Tyler worked diligently and learned to walk again with his “new leg” and rebuild muscles. We continue making a monthly trip to Texas Children’s to see our team for follow-up care and to “grow” Tyler’s prosthesis. 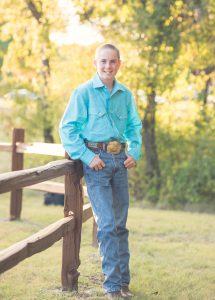 We cannot give enough praises for Tyler’s healthy recovery following Osteosarcoma and prosthesis surgery. Now 14 years old, Tyler is 4 ½ years remission and growing everyday - you would never know he had cancer! He’s grown so strong following cancer and chemo; he recently had surgery to replace his first prosthesis (from December 2011) because he had outgrown it! In July 2016 the Texas Children’s team once again showed their astounding talent and love through another successful surgery for Tyler! Tyler is an amazingly smart, loving, healthy, growing young man today! We could not be more thankful for our Texas Children’s team, a team we have come to call part of our family.

For the past five years, we have driven from Dallas to see this amazing team of doctors, and we would not have it any other way! Our Texas Children’s team has given Tyler the most “normal” life possible following bone cancer. We could not be more blessed or thankful for the amazing Texas Children’s team that was placed in our lives!