From anger to determination 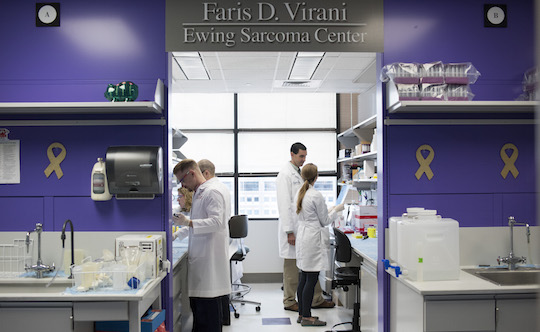 Tragedies have a way of impacting our lives more so than delightful and happy moments; they shape our futures to an extent that we sometimes don’t realize. We wouldn’t be what and where we are with all of our successes and failures, strengths and weaknesses, without our share of hardship. The key to overcoming a tragedy is to gradually and thoughtfully convert your anger and frustration into a form of determination towards eliminating the cause. It’s an attempt to attain closure in knowing that what you do will someday make it easier for others in similar situations.

I grew up in a small family, and I am the eldest of my siblings. I was 11 years old when the youngest of my brothers was born. I watched him grow into the smart little kid he was. By the time he finished first grade, I was finishing high school and as graduation approached, I had made up my mind to become a doctor. In my part of the world (Jordan, Middle East), you had to take a national comprehensive exam and based on your performance, you would get to choose your major in college. Fortunately I did well and was accepted to the University of Jordan School of Medicine for a six-year MD program. Around the same time, my little brother had been battling fevers and weight loss for about a month without a clear diagnosis. About two weeks before my first day in medical school, we received the bad news; he had metastatic Ewing Sarcoma. At that time, I didn’t have any clue what Ewing Sarcoma was.  But over the years he spent receiving chemotherapy, surgery, radiation, then relapsing and transitioning to palliative care, it became very clear to us.  This was a very aggressive type of cancer that was hard to treat.

My little brother made it two years after his relapse; his body was not ready to give up, which was very devastating for us as we had to watch him through the worsening pain, seizures, difficulty swallowing, breathing and immobility, knowing that things were not going to get better and we couldn’t do much about it. We had to put a smile on his face, hide the tears, laugh at his jokes, read him stories and watch TV with him. At the same time, I still had to keep taking classes, sitting for exams and attending hospital rotations. I still don’t know how it worked out.

In January of 2009, his little body finally surrendered, leaving us with 11 years of memories, the last five of which left a deep unforgettable sorrow we’ll continue to process for many years to come. I had one year left in medical school, during which I shifted my focus towards pediatrics with the goal of eventually becoming a pediatric oncologist. My hope was to arrive at a place where I could potentially be influential in changing the outlook for Ewing Sarcoma patients. What was initially a great deal of anger, became more of a persistent determination that drove me throughout the subsequent years to make the necessary steps to come to the U.S., complete my pediatric residency and thankfully join Texas Children’s Hospital, one of the best pediatric hematology-oncology fellowship programs.

This fellowship gave me the opportunity to become a member of the Faris D. Virani Ewing Sarcoma Center, one of the unique research laboratories focusing on understanding and treating Ewing Sarcoma.