Fulfilling a promise to my courageous mother 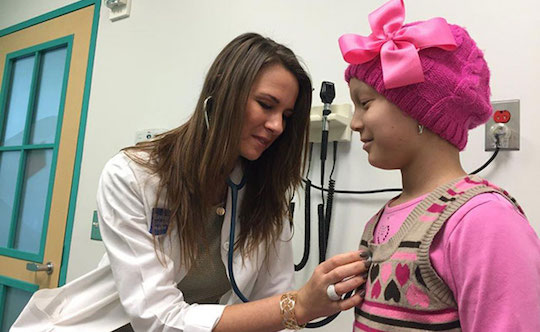 “You have cancer.” It’s one of the most frightening and life-changing words anyone can hear.

At 19, I was diagnosed with Hodgkin’s lymphoma. The unfortunate news of cancer continued to spread throughout my family. In a span of less than three years, my mother heard the same life‐threatening phrase when she was diagnosed with breast cancer and acute myeloid leukemia (AML), then my father with prostate cancer.

We all have dreams – I was studying at Texas A&M University and living life in the moment. After the shocking news, I suddenly started to think about the future. Would I make it to graduation? Would I ever have a career, a marriage and eventually a family? My hopes began to dwindle. I left the university to start treatment and received chemotherapy for six months, followed by a month of radiation. As you can imagine, it was quite different than the carefree life of a college student I was accustomed to at that point.

Throughout these trying times, my mother was my best friend, confidant and strongest supporter. When the news of her cancer came, I was devastated. She won the fight against breast cancer, but soon after was diagnosed with AML. We had only four short months together before she passed away. During her final weeks, I made a promise to her that I would devote my life to helping others overcome cancer. I can proudly say I am a 10-year cancer survivor and work as a nurse practitioner for the largest pediatric cancer center in the country. I feel incredibly blessed to be a part of the Texas Children’s family!

I was recently given the opportunity to help fight childhood cancer in an entirely different facet than ever before. I was nominated for the Leukemia and Lymphoma Society’s “Woman of the Year” campaign. I made a personal goal to raise $100,000 in 10 short weeks. With the support of Texas Children’s Cancer Center and the Houston community, I surpassed my goal, raising $152,000, which is the second highest for a woman in LLS Gulf Coast history. The greatest gift of all for me is to dedicate $100,000 to Texas Children’s as part of a research grant in my mother’s memory.

I have since been chosen as June’s 1 of 12 Houston: Shapers of 2016 who have so beautifully aired my story and contribution to the fight to end cancer on CBS commercials and social media outlets. My guest appearance on “Great Day Houston” with Debra Duncan allowed me to share my visions throughout the Houston community. My dream after surviving cancer and experiencing loss and tragedy was to one day share my story and support patients in their own understanding of their personal journey.