Learning to advocate for myself 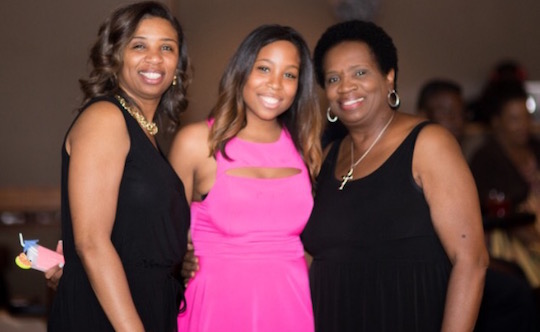 There is one doctor’s visit I’ll never forget! My appointment had gone so well, it was too good to be true, until the bomb was dropped… this was my last appointment. I had neglected the topic of switching doctors. This was not my first encounter with the topic of transitioning. I was so accustomed to my mom handling everything, I didn’t take it seriously. I can admit Texas Children’s Hospital had spoiled me into thinking all doctors were the same; I had believed every other doctor would be as passionate as Texas Children’s Hematology Center.

Although my doctor had mentioned transitioning for years, I didn’t want to prepare. The thought of giving someone new the responsibility of taking care of me was frightening. The empathy and compassion Texas Children’s shows their patients was very comforting. After asking tons of questions, I was finally satisfied with my physician, who has been my doctor for six years. This was a learning experience for me after all. The most important lesson was to learn to be an advocate for myself. It became very clear that at this moment, I had to step up to the plate. It took time, persistence and practice, but I have found my ability to advocate for myself aided in my health and wellness. Once I researched and really read into my illness, it became therapeutic.

Beginning my transition process was very stressful. Changing doctors is never easy, especially when you’re used to your mom being an advocate for your illness. It was simple characteristics like empathy, attentiveness, keeping their composure and forward thinking I was looking for in adult care physicians. Most doctors I met with had maybe two out of these four traits, until I realized I can’t compare adult care to pediatrics. I was 18, trying to graduate from high school and get ready for college. My abrupt transfer worked out poorly. The consequence, disruption in my continuity of care, produced many problems that could have been prevented.

I had allowed Sickle Cell to take over my life in previous years. Being an advocate for myself helped me gain a sense of control and self-esteem. Now that I’ve been away from Texas Children’s for almost eight years, health care transition is a topic I value and always try to express when I come across someone with a chronic illness. Sharing my experiences has helped so many of my younger peers, and they are now not afraid of transitioning.