It was worth every mile
Five Years of Seizure-Free Living, Thanks to Texas Children’s
Fall and Winter Wellness
Bravery at its Best
Swimming with the Sharks….!

My journey to the Rose Parade 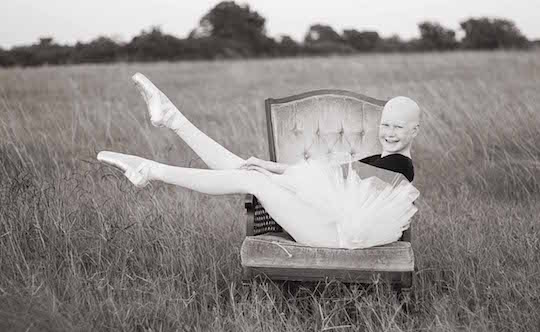 I’ve been dancing since I was three-years-old, but in January 2014 I would tire easily and my mom noticed a change in my ability to do certain poses and routines I had once perfected. She took me to see my pediatrician, Dr. Michael Bishop, at Texas Children’s Pediatrics Grand Parkway who told my parents and me that unfortunately, my symptoms were likely pointing to cancer. It was hard to believe, but I was diagnosed with acute lymphocytic leukemia (ALL) two days later and am currently undergoing treatment at Texas Children’s Cancer Center. 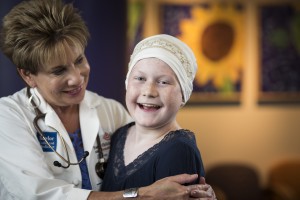 During one of my appointments with my oncologist, Dr. ZoAnn Dreyer, she mentioned a contest Northwestern Mutual was holding for pediatric cancer patients across the country to submit a video detailing their dream adventure. The winner would help design and ride on their float dedicated to childhood cancer awareness in the 2016 Rose Parade. I jumped at the chance and created this video with my mom about my greatest adventure – travel the world and dance with the most distinguished ballet companies.

I was so surprised when I got a call from Northwestern Mutual telling me that I won! I started working with their team to design the float which was an amazing replica of my dream adventure. During the next few months, I invited my friends and family, ballet teachers, Texas Children’s Cancer Center patients, doctors and nurses to sign some of the hundreds of thousands of water vials which held each flower on the float in order to ride along with me. It was so special to have all of the people who I love so much with me on my big day.

The week leading up to the parade finally arrived and we were off to California. My days in Pasadena were a whirlwind. I got a behind-the-scenes tour of the warehouse where all of the floats are made. I was shocked when I saw how beautiful my float was in real life. On top of all of the excitement I even got to meet a few celebrities. 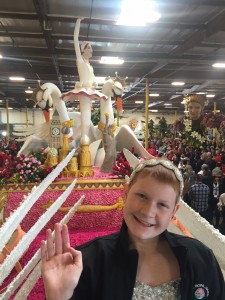 I woke up at 4:30 a.m. the morning of the parade because I was so excited. Due to the amount of people attending the parade, we had a police escort bright and early to the floats. I changed into my gown designed by the Houston Ballet in the Fiesta Floats RV. When I stepped out and saw the float on the street with hundreds of people talking pictures, I felt so proud to represent Northwestern Mutual and Texas Children's Cancer Center. I climbed into the float with my parents and then we were off! The 15-foot ballerina spun around to The Nutcracker ballet suite music and the city monuments representing the worldwide famous ballet companies circled on the music box. The beautiful swans were my favorite because they wore gold cancer ribbons around their necks for childhood cancer awareness. Hundreds of thousands of people were in the stands and on the streets screaming and waving and I blew kisses for my friends back in Texas. I rode on the float for over three hours and I loved every minute. It was the most magical experience!

I am so thankful to Dr. Dreyer and Northwestern Mutual for helping my dream adventure come to life. The Rose Parade was an experience I will never forget! To see more of my exciting week in California, watch the video below.