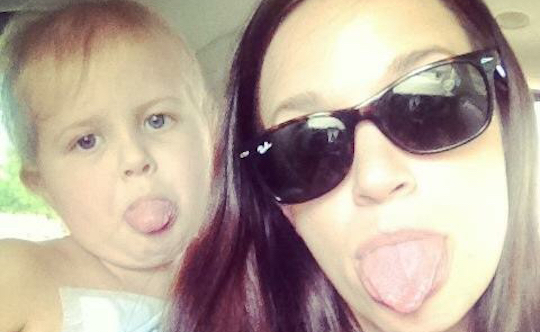 The day I found out my precious niece had Leukemia is a day I will never forget. My sister, Stephanie, called me on the way to Texas Children's and said "Billye, the doctor just saw Drew and thinks she has Leukemia and told me to rush her to Texas Children's or they could call an ambulance."

I thought it was a joke and told her, "That's not funny, you don't joke about that."

When she started crying my heart sank. I thought surely the doctor was wrong. In fact, I went about my day as if nothing was wrong. I thought Drew had a virus or something.

A few hours later when her abnormal blood work came back is when we learned she had leukemia. I was a complete wreck and couldn't wrap my head around it. I will never forget the pain in my heart, not only for my niece but for her parents. As a parent this has to be your worst nightmare.

We found out that it would take 2 days to determine what type of leukemia she had. Those were the longest two days of my life. When we got the news she had ALL and not AML, I cried tears of joy. I knew she'd be okay. What I didn't know was how intense her treatment would be.

When I first saw Drew after her diagnoses she was frail, weak and her eyes looked lifeless. Her pretty colored eyes were so blood-shot that the color was no longer apparent. It had been 10 days and she looked like the life had been sucked out of her. It wasn't fair. Why should any child have to go through this, and not to mention their parents?

It was a long 8 weeks before my son, Rhett, could see his cousin. He has always had a special bond with his "Drew Drew," as he calls her. I will never forget the first day they got to see each other. My sister drove Drew over to our house so they could see one another. Drew had to stay in the car but they both were overjoyed. It was special for them to still see each other even though they couldn't play. His love for her is amazing.

I have asked myself and God a million times, why Drew? We might never know why but I do know she is the bravest human being I know. God chose her for reasons unknown but He has guided our family through this. Through this turmoil we have grown closer and for that I am thankful. Drew will forever inspire me. Cancer hasn't got the best of Drew and it won’t get the best of us.