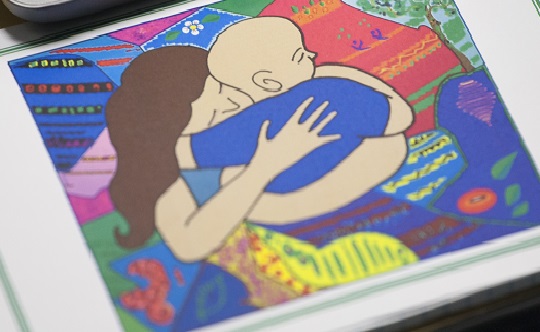 On February 13, 2014 Texas Children’s Cancer Center established the Faris D. Virani Ewing Sarcoma Center. The Center was founded with the support of Dr. Asha and Mr. Farid Virani in honor of their son Faris’ battle with Ewing sarcoma. As a comprehensive center dedicated to performing state-of-the-art basic, translational and clinical research, the primary goal of the physician-scientists at the center is to make advancements towards finding a cure for this disease.  Ewing sarcoma is a relatively rare cancer, with approximately 250 new cases diagnosed per year in the United States. It is the second most common bone tumor in the pediatric population, usually seen in teenage or adolescent patients. As one of the most challenging forms of cancer to treat, it is a tumor that typically forms within the bone, but also sometimes in the soft tissue or muscle area.  Patients can present with pain due to swelling at the site of the tumor, which most frequently occurs in the arms or legs. However, a lot of times there are very minimal signs and symptoms.

With the goal to make advancements toward finding a cure, the Center recently organized a research symposium featuring several international scientists in the field of Ewing sarcoma. The presenters covered topics such as the underlying genetics of the disease, molecular studies to uncover druggable targets for these tumors, the origin of Ewing sarcoma, investigations into mechanisms of metastatic disease and pursuit of novel therapeutics for improved treatment and outcomes. The symposium was well attended by over 70 participants from Texas Children’s Cancer Center and Baylor College of Medicine and 14 other institutions across the United States and Europe. This was a unique opportunity to engage in scientific discussions aimed at focused and collaborative efforts to advance the field of Ewing sarcoma research. The two day symposium was also attended by representatives from not-for-profit foundations that support Ewing sarcoma research, patient families and representatives from pharmaceutical companies. The center will continue to host similar symposia or retreats in the future that aim to bring together both leaders and trainees in the field so that collaborations lead us to a cure for Ewing sarcoma.

To learn more about Ewing sarcoma and our approach to treatment, please visit our Faris D. Virani Ewing Sarcoma Center.