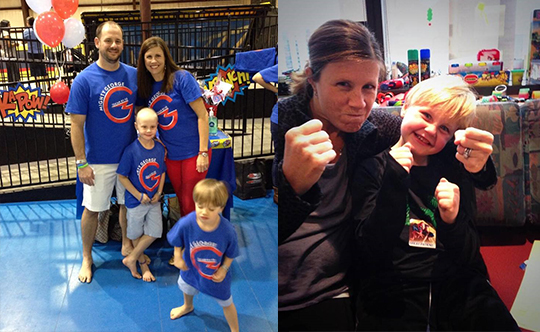 In December of 2013, George and my husband, Clayton were in the front yard playing a Thanksgiving game of football. Who knew this one game, one of hundreds we had played before, would completely turn our lives upside down. When Clayton went to “tackle” George, he noticed a large mass in his abdomen. Upon visiting our pediatrician and Texas Children’s Hospital West Campus Emergency Center, it was confirmed...our five-year-old son had Burkitt’s lymphoma. A tumor the size of a grapefruit was wrapped around his small intestine. The pain we felt as parents was insurmountable. 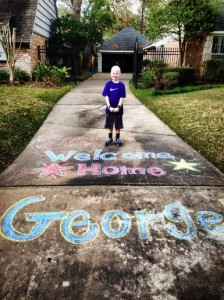 Following diagnosis, the incredible staff at Texas Children’s Hospital completely took charge. They acted swiftly, but with pristine strategy and confidence – keeping us informed and in control the entire time. George endured five rounds of chemotherapy and multiple lumbar punctures and surgeries. We were in and out of the hospital for four months. With each stay, the staff’s kid-friendly approach and constant positivity kept our family afloat. It amazes me to this day the lasting relationships and bonds we formed with our nurses, doctors and neighbors down the hall. In early March of 2014, I received the best phone call of my life. Just before George’s sixth birthday it was confirmed, the cancer was gone. George was in remission. Thanks to Texas Children’s Hospital, George is now living the life of a happy, healthy six-year-old. He loves football more than anything (especially his favorite team, the Carolina Panthers) and spending time with his little brother, Wade. I’m grateful every day for Texas Children’s Cancer Center for granting my son a future.