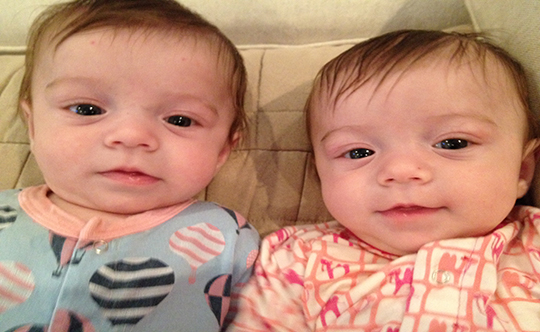 It all started during a routine appointment with my maternal-fetal medicine (MFM) specialist, Dr. Marshall St. Amant, in Hammond, LA. At 19 weeks, my husband, Jay, and I were enjoying a blissfully uneventful twin pregnancy, however, not long in to this appointment it become clear to me that something was not right.

Earlier in my pregnancy our doctor mentioned a rare complication that could occur in identical twin pregnancies, called twin-to-twin transfusion syndrome (TTTS), but we never imagined we would come face-to-face with this devastating news. At the time we got our diagnosis, we were already stage 3 of the disease, so we needed to act quickly. Dr. St. Amant said it appeared that we were facing a pretty serious case of TTTS, and presented us our options. For us, the most obvious choice was to get to Texas as quickly as possible to have the laser ablation procedure.

By the time I arrived home from the appointment, Jayme from the Texas Children’s Fetal Center had already called to get the ball rolling for us to travel to Texas that same night. When we arrived at the Fetal Center, we were lead through a very thorough diagnostic evaluation, and presented with the recommended plan of care. The nurses simply could not have been more warm and comforting as I prepared for my surgery.

After the procedure, the doctors said that if the babies survived the surgery itself, the next important step would be surviving the night because that is when most twins are lost. The doctors said they would come to the room at 6 a.m. to check for heartbeats. I had a restless night, with so many questions running through my mind: How would we move forward? How to tell my 4-year-old who was expecting two sisters? How would my family recover if we lost our girls? Finally morning came. Dr. Shammy was quiet and serious as he rolled in the machine. As I laid there waiting for an answer, I heard him say, "There it is! One, and...two! We have two heartbeats!"

As the team of doctors shared the news they also exchanged looks of joy. In that moment, I saw and felt what it is like to have doctors invest themselves in, not only your outcome, 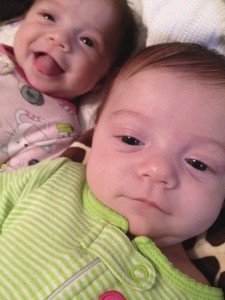 but in your future and the future of your family. It felt so personal and special, and I will never forget that feeling. Through all the exhaustion and ultimately joy that this experience has brought me, I often reflect of my time at Texas Children's Hospital.

Having grown up in Houston I am familiar with the reputation of Texas Children’s Hospital. It felt almost destined that I return to my hometown to receive the procedure that saved my daughters. I am incredibly grateful for my experience at Texas Children’s and proud of the extraordinary medical facility that Houston has been blessed with.

In my most difficult, frustrating moments of motherhood, all I have to do is remember that feeling - two heartbeats - and nothing else matters.