Learning To Treat My Son's Diagnosis Of Severe Hemophilia 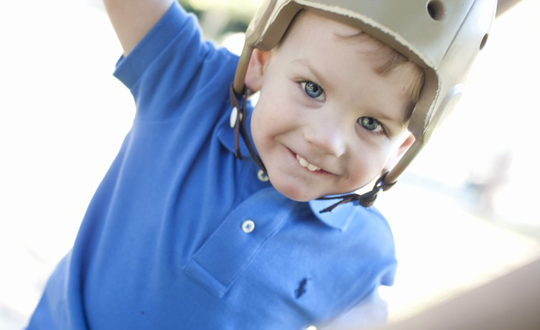 July 12, 2010: the day life decided to throw my family a giant curve ball. This was also the day that I would meet a group of people that would ultimately become an integral part of our lives.

It was 4:00 p.m. and I was rushing my 7-month-old baby boy, Drew, to the Emergency Center at Texas Children’s Hospital. We had been at the pediatrician’s office earlier in the afternoon where they drew some blood from his heel. I got a call from the daycare saying his heel wouldn't stop bleeding and he had bled through multiple band aids and socks. Fast forward to 11:00 p.m., when I received the news no parent ever wants to hear. The news that they knew what was wrong with our baby. He had a lifelong, chronic disorder with no cure, hemophilia. Not just any form, but one of the most serious: severe hemophilia type A. We were admitted to the hospital and were told that the hematology team would come visit us the next day. That was the longest night of our lives. We had so many questions and were consumed with worry about our son. What would his life be like? What would his limitations be? Am I going to have to quit my job to care for him? How are we going to pay for all of this? What does this mean for our family? The next morning, we were given a several hour crash course on hemophilia in preparation to take our son home. I remember crying buckets of tears, grieving the loss of what we thought would be a “normal” childhood for our boy. Our incredible nurse coordinator, Aleida Stark sat with us for several compassionate and empathetic hours, making sure all our questions were answered. Little did we know at the time, but hemophilia would not slow us down and Aleida would become the key person in helping our family survive all of the challenges that hemophilia would bring. Shortly after Drew’s diagnosis, he suffered from a joint bleed in his elbow. Hemophiliacs suffer from several types of bleeds, internally, in their muscles and around the joints. These bleeds can be debilitating without proper treatment. Again, we found ourselves in the hospital for four days. We were scared, not truly understanding what was going on or how to fix it. Our son’s elbow was twice its normal size, red and hot. He was unable to straighten it, but still had a smile on his face. Once again, Aleida walked in the door and brought the calmness and understanding we needed. Over the next month, Drew would suffer from two more joint bleeds in that same elbow. It was at that time, our physician, Dr. Donald Yee, would recommend Drew start a prophylaxis treatment to prevent these spontaneous bleeds. I knew that decision was coming soon, it was the necessary route to keep Drew healthy, but I was not prepared. I hadn’t had time to adjust to this new life and all these hospital stays were too much to bear. I have a “Type A” personality — I like be in the driver’s seat of a situation. Unfortunately, there was nothing about hemophilia I could control. Shortly thereafter, Drew started his twice weekly prophylaxis at the Hemophilia Treatment Center (HTC) at Texas Children’s Hematology Center, with the most incredibly skilled and kind nurses. They brought me such relief and comfort knowing that Drew would only have to be stuck once. The staff at the HTC truly became part of our family. Every one knew Drew, and after his infusions he gave everyone a big hug. Being a parent of a young child with hemophilia is difficult. You are constantly dependent on a hemophilia treatment center or home health care for infusions. I was scared to travel in case of an emergency. What would I do? Where would I go? Because of my worries and anxiety, I was determined to learn how to infuse so we could be independent. A team was quickly built to help me reach my goal. I was scared to death the first time I attempted to put a needle into my two year old's vein — my hands were sweating and slippery with nerves. I am no nurse and even get lightheaded when my own blood is drawn. This was going to be the challenge of my life, but I was determined. The pressure of our practices was tremendous. My child couldn't afford to be unnecessarily poked, and there were many times I missed. I remember the first time I finally found a vein — it was the best feeling! I felt like I had conquered the world and I owed every bit of that success to the team that surrounded us. 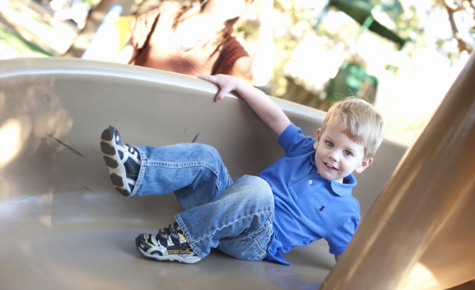 Drew is 3 ½ years old now. He’s an amazing boy who has taught me a lot about life and the fact that I cannot control everything. While hemophilia is a part of our lives, it doesn't control our lives. Our team at the Texas Children’s Hematology Center has been the most amazing support system. We could not survive without them, and I am most thankful for their steadfast encouragement.