A Dad's Story: My Son's Stay In The NICU | Texas Children's Hospital

A Dad's Story: My Son's Stay In The NICU 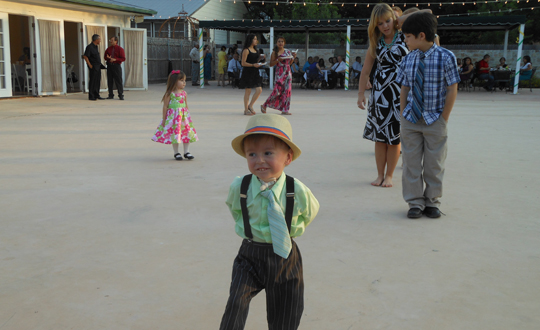 My son James was born in 2009 at 31 weeks weighing an even 3 pounds. He had his first major surgery when he was only a few days old. He was diagnosed with Congenital Diaphragmatic Hernia (CDH), a short esophagus and a few other internal abnormalities. He spent his first 6 months in the NICU, with Mom and Dad at his side.

We had many sleepless nights wondering if we would ever get to take our precious son home but fortunately we had a wonderful team of doctors and nurses from Texas Children's Fetal Center on our side. They worked hard to keep him alive and always spent time to discuss his condition, treatments and plan of action.

While in the NICU we spent as much time as possible singing, reading, talking and of course holding James. This was a blessing for us and, we believe, a healing aid for James. The time finally came for us to return home. It was so exciting to finally have James home but, sadly after just 2 months he was readmitted to the hospital and underwent a 9-hour surgery. It became apparent that James was happy with where things were and, after 2 months in the PICU we again went home.

In time we developed the ability to care for our son on our own. He had a tracheostomy, was on a ventilator 24 hours a day, on continuous feeds and used a pulse-ox. So, caring for James took a lot of time, patience, and most of all, love. We also wanted him to experience being a little boy so we made sure he went shopping, to the park, and to our Kingdom Hall. In time we slowly weaned him off his ventilator, and now he only uses it at night, so going places is much easier. With the help of PT and OT James recently starting walking, and as the video shows he loves to dance. He is quite the entertainer (see video below!) and has brought us untold amounts of joy as we hope we have brought him.

We cannot thank the many doctors, nurses, therapists, and the great staff at the Milk Bank enough for what they all contributed in the long, and at times painful, process of helping our James come home.