What Is A Neonatologist? Part 1: Who We Are And What We Do 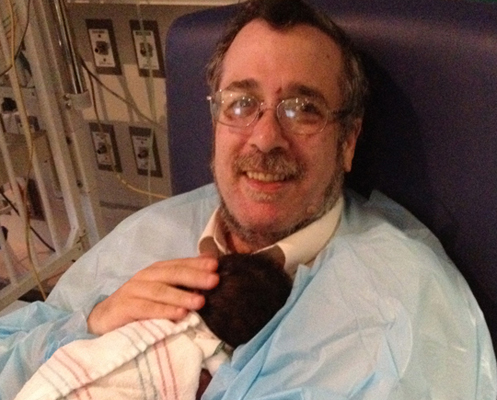 My wife is fond of reminding me how carefully I paid attention to the prenatal ultrasounds of our children. Most parents assume they will have a healthy baby and are surprised, upset and befuddled when prenatal testing is abnormal. Neonatologists, on the other hand, are sometimes surprised when everything looks normal, leading to my careful attentiveness to the prenatal scans. That’s our business, caring for babies who have serious, and sometimes, not so serious health problems. In this series, we’ll discuss who we are, what we do, and where the field is heading.

Neonatologists are pediatricians. All of us have completed both medical school and a full pediatric training program, usually 3 years. Some may do 4 years to be trained in both pediatrics and internal medicine. During our training, we were captivated by the challenge of taking care of newborn infants, and decided to continue on to train in neonatology. Most of us are very fond of babies and like being around them. Well, except when trying to sleep on a plane flight. Neonatology training, called a “fellowship”, is also 3 years. Some older neonatologists trained when it was only 2 years, but now virtually all pediatric specialty training is 3 years after residency. Training consists of both time spent at the bedside of infants and time spent doing research. Sometimes the research is laboratory-based, such as work by many in our group into the challenging problem of damage to the lungs from oxygen, called oxygen toxicity, and how to prevent and treat it. Other research, such as what I am involved with, is directly patient-oriented such as determining whether fish oil given intravenously can help treat liver disease in infants.

All neonatal trainees (fellows) must complete a research project during their fellowship and all must demonstrate clinical skills and ability. The faculty meet regularly as a group and as individual advisors to make sure this is occurring for each trainee. To choose where to do their fellowship in neonatology, residents in pediatrics complete applications and are then interviewed by programs. Programs and residents identify whom they wish to “match” with, and, then, like the match that puts senior medical students into residencies, a computer match links programs and residents together.

After fellowship, neonatologists must identify a place to work for their first job as a non-trainee, also called an “attending”. This happens in a process more similar to regular job searching than has generally occurred for most doctors up to this point. There is no computer match, just old-fashioned sending out resumes, making contacts, interviewing and then getting a job offer contract which is often best read very carefully before being signed. The job process is mostly not an arduous process, though. Well-trained neonatal fellows will generally have several job offers and often make decisions, like anyone else, based on personal or family issues as well as the job offer itself. Job-related issues in selecting a first attending position include choosing between medical school affiliated positions and those not primarily associated with medical schools. Some may choose different patterns of clinical responsibilities and night work as well as choosing whether to have a job in which research and education of trainees are part of, or a major aspect of the job.

Most neonatologists will complete a certification process to become “board certified neonatologists.” To do this, one has to first complete the board certification process in pediatrics as well as all of the three years of neonatal fellowship training. The pediatric exam isn’t easy. I’m fond of reminding the younger doctors that the exam is currently a written multiple choice test. In my day, we also had to have an oral exam in general pediatrics during which we were grilled on sometimes arcane diseases we had never actually seen. That day is gone and I don’t allow those who don’t have to do it to complain about the current written pediatric exam! The exam for board certification in neonatology is also difficult and only given every two years. Almost all will take a course to prepare for it and, based, on recent results, almost everyone will post on Facebook “I am now a board certified neonatologist!!” when they pass it. This will get lots of well-earned “likes.”