What Do We Really Know About E-Cigarettes? | Texas Children's Hospital

What Do We Really Know About E-Cigarettes? 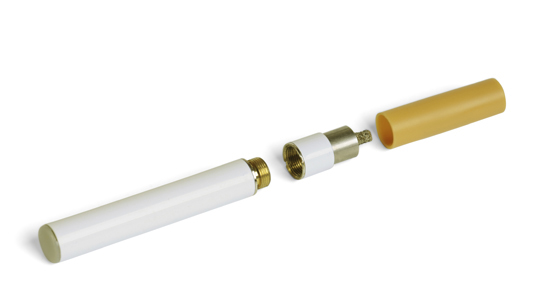 Offer free samples of one of the most addictive substances known to man. Claim health benefits that have never been proven. Combine it with a sexually suggestive photo. Sounds like this should be for something illegal. One might expect something like this in “High Times”, but not in the mainstream media. Yet this was in a recent “news” article promoting e-cigarettes published in various newspapers across the country, including our local Houston Chronicle.

Nicotine is one of the most addictive substances known. Cigarettes are designed to be the most addictive way to deliver nicotine – a delivery system that some refer to as “crack nicotine” (using the analogy to crack cocaine). Free samples are the pusher’s best friend – and an old trick of the tobacco industry to get young people addicted. Get someone addicted and you have a customer for life. Even if their life is shorter and sicker because of your product, you have still made a handsome profit, so who cares?

Although e-cigarettes (battery-operated devices generally containing cartridges filled with nicotine, flavor and other chemicals) are promoted as an alternative to tobacco cigarettes (the most toxic nicotine delivery system available), e-cigarettes have never been tested for safety or effectiveness. There are no standards for what they can or cannot contain. The industry sued the U.S. Government so that they could have it that way. Consumers currently have no way of knowing what types or concentrations of potentially harmful chemicals are in an e-cigarette or even how much nicotine they are inhaling when using one. When the FDA analyzed a small sample of e-cigarette cartridges they found diethylene glycol, a toxic chemical used in antifreeze. The FDA has also found evidence that quality control in the manufacture of these products was substandard or non-existent.

So what are reputable media outlets doing publishing bogus press releases with claims of “proven effective” – referencing an e-cigarette advocates blog site as “evidence” and a survey with a less than 5% response rate? If this is the best “evidence” it is pretty poor in my book. And it is pretty poor judgment of these publications to publish this unedited and without fact-checking the claims.

Nicotine can be one of the most difficult addictions to kick – for many people it is harder to kick nicotine than to kick heroin or cocaine. Effective treatments are available using products that are developed, studied, licensed, and regulated as tobacco dependence treatment products. For help with tobacco dependence treatment, talk to your doctor or call the National Smoker’s Help line (run by the National Cancer Institute and the American Cancer Society) at 1 800 QUIT NOW.