I Control My Diabetes. Diabetes Does Not Control Me. | Texas Children's Hospital

I Control My Diabetes. Diabetes Does Not Control Me. 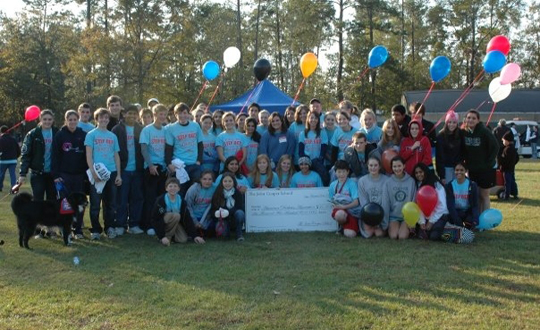 I remember it vividly — my body was aching, my eyes were heavy. I was extremely thirsty, and overall felt miserable. My mom noticed I was not my normal self and took me to the doctor. She drew a blood sample, and within minutes, everything changed forever.

My blood sugar reading was at 640 mg/dl. The normal range is 80-120 mg/dl. I was at risk of entering a coma. Before I knew it, my parents were rushing me to the hospital. When I arrived, I was immediately hooked up to an IV, poked and prodded, and underwent a series of tests.

The next 48 hours were hell.

I was released at midnight, was back the next morning at 7 a.m. for a full day of diabetic education class to learn about sugar readings, high sugars, low sugars, insulin-to-carb ratios, bolus factors, sensitivity factors, when to eat, what not to eat, how to take my sugar readings and to give myself shots.

I was just 11 years old when I was diagnosed as a Type 1 Diabetic; how was I going to manage all this? This was not supposed to happen. Why me?

I’m extremely thankful that my parents told me, “Look, Reva, you’re going to need to take charge, we can’t do this for you.” Their insistence made me make an effort to manage diabetes instead of diabetes managing me. This forced me to take responsibility for my new daily routine of pricking my finger 5 times a day for a blood sugar reading and injecting insulin into my body along with every meal. The sequence was to take a blood sugar reading, take an insulin shot, then eat. I quickly became frustrated with this arcane nature of blood sugar management and convinced my doctor I was mature enough to use a pump.

The pump is a device that feeds insulin at regular intervals into the body via a catheter that has to be replaced every couple of days to avoid infection. There was so much involved with managing my diabetes, it was overwhelming. My friends were carefree, but I had to always worry about my health. I was irritable, frustrated, angry and had trouble concentrating. I was spinning out of control.

I engaged in frank discussions with other diabetics and went to counseling. These discussions helped me accept the fact that I have diabetes and always will. I researched several studies and technology being used for diabetes and discovered that the government funds very little research for finding a cure for the disease. My endocrinologist at Texas Children's Hospital, Dr. Sheila Gunn, suggested I consider joining the American Diabetes Association and the Juvenile Diabetes Research Foundation. I attended a meeting and decided to captain a walk team to raise awareness.

I had always been reserved and shy. I never thought I would become a spokesperson for the walk. I found myself starring in commercials and presenting to people I had never met before and asking them to donate and join my team. It worked. At school, my entire grade supported me, and we raised $4,000. A tradition was started. Thereafter, I raised over $5,000 each subsequent year. Senior year I raised over $7,800 — the most I ever have and crossed $35,000 lifetime. I have found that raising awareness makes me happy. My role in the American Diabetes Association has energized me to pursue a degree in business at Texas Christian University and fulfill my dream of one day heading a global nonprofit organization which will fund enough research to help find a permanent cure for Type 1 Diabetes.