My Son's Story: Having Hope Against Histiocytosis | Texas Children's Hospital

My Son's Story: Having Hope Against Histiocytosis 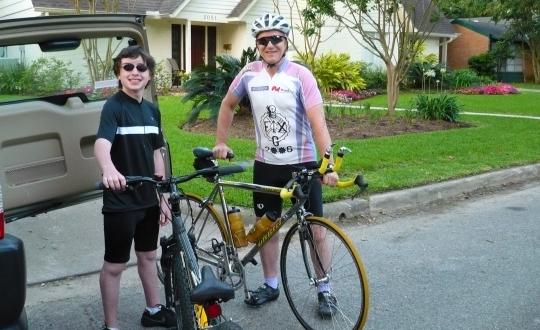 If you met our son Brent Adams today, you’d see a healthy young Eagle Scout and piano player who’s a college sophomore. But if, instead, he was in a wheelchair — or worse — it might not surprise those who witnessed his 8-year childhood battle against an extremely rare white blood cell disorder called Langerhans cell histiocytosis. Brent beat the odds, thanks to good fortune and the innovative thinking of his Texas Children’s Cancer Center physician, oncologist/hematologist Dr. Kenneth McClain.

Brent’s first symptom, which appeared in 1993 when he was 15 months old, seemed innocuous enough: a stubborn waxy rash on his scalp. Two months later, he awoke one morning with a swollen left eye. An MRI revealed a divot in Brent’s eyebrow bone and a globular tumor in the orbit. Convinced that these symptoms (skin rash, bone damage and an unusually shaped tumor) indicated histiocytosis, Brent’s pediatrician arranged for us to be seen at the Texas Children’s Cancer Center just 2 days later. Following a harrowing battle of tests, the diagnosis was confirmed and Brent began a 12-month regimen of weekly chemotherapy injections. While it’s devastating to have your child on chemo, we were heartened somewhat by the knowledge that many cases of histiocytosis resolve completely within a year or 2. Sadly, that wasn’t the case with Brent. A routine MRI performed after he completed his first year of treatment revealed that the disease had spread to other bones in his face. Worse yet, it had invaded the ventricles of his brain. Nearly all patients with similar central nervous system lesions experience progressive neurological deterioration and are significantly disabled. Some don’t survive. The fear was that Brent would start losing control of his motor skills and the possibility of him suffering a stroke emerged. Brent’s case became high risk, and over the next 7 years, he was on 5 different chemotherapies, including 1 delivered directly into his spine. As a kindergartener, he had radiation to the brain. Still, nothing could break his spirit. He met all of his physical benchmarks, enjoyed school and Boy Scouts, and continued to have a positive outlook that uplifted all of us. Fortunately, he showed no neurological symptoms. Then, his 3rd-grade teacher noticed that Brent had suddenly developed a tremor. She sent home 2 papers he’d written just a week apart. The first was in his large, steady printing. The other looked like rough, shaky scrawlings. We also started noticing little quirks with the way he walked. The neurological decline we feared had begun, and we were out of accepted treatments. Dr. McClain was soon going to meet in Vienna, Austria, with the members of the international Histiocyte Society, the doctors and researchers searching to uncover the cause and discover a cure for the disease. There, he would have the world’s expert on histiocytosis in the brain review Brent’s MRI films. Although she had no clear suggestion for how to proceed, she approved of Dr. McClain’s idea to use a chemotherapy drug called Cytosine arabinoside on Brent, along with low-dose, highly targeted radiation. Although this chemotherapy had been used successfully to treat histiocytosis in the bone, it was untested in patients with brain disease. Astonishingly, it penetrated the blood/brain barrier, reduced the size of Brent’s brain lesions and resolved his underlying problems. Within weeks, his motor functions returned to normal. Today, the protocol first tried on Brent is the accepted treatment for children with histiocytosis in the central nervous system. On November 29, 2001, Brent completed his last chemotherapy treatment. His disease has remained dormant since. Perhaps the best proof that his physical abilities are intact was a 50-mile bike ride required for him to earn his Eagle Award. By his side, as he was for so many years, was Dr. McClain, who accompanied him around the streets of Houston. Linked in medical history, they also shared one of Brent’s greatest personal accomplishments.