Why Our Family Is Marching For Babies | Texas Children's Hospital

Celebrating Thanksgiving safely amid the COVID-19 pandemic
The most common questions about ear tubes
Injury Prevention Day
Kindness may be just the right medicine for 2020: How you can help your kids practice kindness
Anti-racism and allyship: Coloring a new conversation

Why Our Family Is Marching For Babies

This year, my family will walk in the March of Dime’s March for Babies for the first time to raise money for research that benefits premature babies. This cause is very near and dear to our hearts. We are walking to celebrate our son and daughter, Curtis and Isabella, who came into this world 3 months early and spent nearly 4 months in the Neonatal Intensive Care Unit (NICU) at Texas Children’s Newborn Center. Our experience, like many parents of premature babies, can only be described as a roller coaster ride of ups and downs. However, this year, we are walking to celebrate our happy ending! 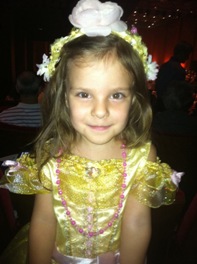 To give you some background, here’s what happened along the way... I was 16 weeks pregnant when I had to have my appendix removed. It was December 27 and we had just celebrated Christmas. The right side of my core was hurting terribly, so a visit to my OB provided his quick diagnosis that my appendix needed to be removed, a day in the emergency room, laproscopic surgery at 11 pm, and I was out the next day.

Next, at 23 weeks pregnant, at a routine checkup we found out that my cervix was beginning to separate. Immediately, I was admitted into St. Luke’s where I stayed on bed rest for a week. Then they sent me home under strict orders not to walk upstairs, not to stretch to reach for a glass in a high cabinet, don’t go for a car ride, do not pass Go and collect $200; pretty much stay in bed and don’t get out for any reason whatsoever. Ultimately, my water broke on the first day of the 27th week of my pregnancy and the roller coaster began.

Isabella and Curtis both weighed just a little over 2 pounds when they were born. We knew they would face some challenges being born so early, but nothing quite prepares a new parent to see their babies going through so much in the first weeks and months of their lives. 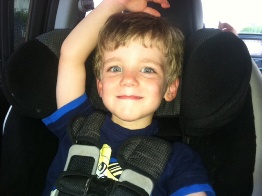 Curtis had a heart defect called a patent ductus arteriosis or PDA, which caused his lungs to fill with fluid. Additionally, Curtis had high blood pressure which is rare in newborns. Isabella was doing well until she contracted e-coli the day before we were supposed to take her home. The e-coli caused her to have difficulty breathing and her organs began to shut down. At the time we received the phone call from the hospital that Isabella was sick, we were at Best Buy shopping for a video camera to capture footage of her leaving the hospital. Needless to say we were feeling great one moment knowing we were about to tape a momentous event of leaving the hospital and then all of a sudden the doctors are working around the clock to save her life as she laid there helplessly. My heart still races every time I think about that day. Ironically, earlier that day I heard Isabella laugh for the first time and I was overjoyed to be taking her home after 4 long months. Thankfully, with some expert medical treatment and a little luck, we took Isabella home 4 weeks later.

Although there were days where we felt like our lives were being turned upside down, the one thing my husband and I were always thankful for was our incredible care team, most importantly Dr. Bahkta and Dr. Prekumar. I credit Dr. Bahkta, Dr. Prekumar along with many others, with saving Isabella’s life. We knew our twins were being cared for in the number 1 ranked NICU in Texas and had 24/7 access to any subspecialty care they needed. This provided us with the comfort we needed to get through all of those difficult times.

The March of Dimes has funded research that directly helped my babies, and it’s our family’s goal to give back so that other babies in the NICU will benefit from the therapies and treatments made possible to March of Dimes grantees. There is no better feeling than knowing that every dollar raised makes a difference for babies just like Isabella and Curtis.

Looking back, it’s incredible to see how far Isabella and Curtis have come. From babies struggling every day to grow and get healthy in their NICU isolettes, to active 4 year olds who run around our house laughing and smiling. There are no words that can describe how thankful we are for our little miracles. Thank you March of Dimes and thank you Texas Children’s Hospital! 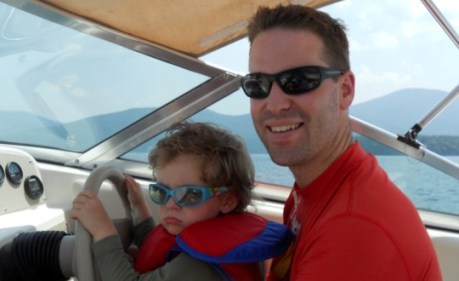