One of my patients with retinoblastoma had the involved eye enucleated (removed) and he received his first cycle of chemotherapy. He went home to return one month later. Our team, medical officers, nurses and I spoke to the mother about the high cure rate for this cancer, the treatment plan, and the need to complete treatment. But, she didn't come back with him until months later. Lost to follow-up is not uncommon in resource-limited settings; we see it throughout Africa. However, in Botswana, all someone has to do is go to a local clinic and show their outpatient card with the review date, and they will be provided transport. Maybe not the same day, but certainly within the week.

So what was the reason in this particular situation? There's always a reason. After talking to her for awhile, it was clear she understood that we wanted her to come back and why. So why didn't she come? The only answer she gave was, "well, he's already lost one eye." The best we can understand is that she felt "he's only got one eye... so what's the point?" Almost as if to say, although she never said it, that having one eye is worse than death. Coming from a very old culture, the San (Bushmen) of the Kalahari, perhaps that does make sense. The San knew how to live off the desert, and even though they live in a town, the idea of being disabled equates in her mind with an inability to live. If he cannot live well, why bother? Mind you, this is me trying to interpret her only statement that gave any reason to why she did not bring him back. The beauty of culture, however, is that staying amongst the other children, perhaps more importantly, the other mothers in the ward, she is now all in. She's been willing to treat him with chemotherapy and radiation. Given the extent of the disease, I worry it may be too little too late. With the high cure rates for retinoblastoma, I still hold out hope for this little boy who has the happiest demeanor and who spends the day laughing, eating and singing. Boy he can sing. Who knows, maybe one day he'll be on stage somewhere, all because a culture found a way to bring a mother around without any intervention, ultimately, on the part of the medical profession. One can hope, one must hope, otherwise, what's the point? 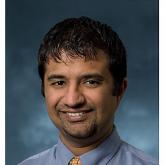