Sports Nutrition 101: Power Of The Plate — So Many Reasons To Eat Real Food | Texas Children's Hospital

Sports Nutrition 101: Power Of The Plate — So Many Reasons To Eat Real Food 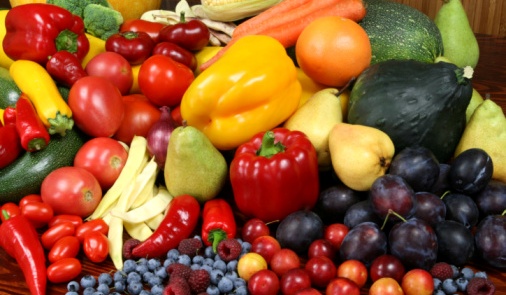 Almost every day there is a story where another student athlete tests positive for a performance enhancing drug. It is true that some athletes cheat or attempt to work the system. It it also true that some companies have poor manufacturing standards and produce tainted or adulterated supplements. As the world attempts to turn to supplements for performance enhancement and improved athletic performance, athletes should not underestimate the power of the plate. When foods are chosen by a few basic principles, the plate becomes an ally in the prevention of chronic illness and a strategy to improve performance. The principles are simple. Choose a plate rich in colorful produce, quality whole grain carbohydrates and lean protein.

The reasons to eat colorful fruits and vegetable are numerous. Fruits and vegetables are 90% water and can help prevent dehydration which is a real concern in South Texas. Think of them as the water that you chew. Additionally, there are over 3,000

phytonutrients identified in foods. A phytonutrient, by definition, is a nutrient in food that is not a vitamin or mineral. These phytonutrients are the nutritional heroes in plant-based food. Often they have names that you cannot pronounce but provide a valuable weapon for the prevention of chronic illnesses and possibly in the treatment of disease.

These nutritional powerhouses are generally the colors found in foods. For example, there are approximately 700 carotenoids in nature. The one most commonly known is beta carotene or the orange pigment found in carrots. Of the 600 carotenoids, 4 have vitamin A activity. Two other important carotenoids, lutein and zeaxanthin, act as antioxidants with an important function in protecting the eye. Rather than eat real food, the American strategy has been to isolate the potential "active" ingredient, and put it in a pill. In the case of the carotenoids, this has proven to be a potentially dangerous choice. A recent analysis of 68 research studies involving beta carotene, no significant benefit was found in taking this isolated carotenoid and in smokers, beta carotene caused harm. This is most likely because beta carotene does not occur alone in a food but rather as part of a wonderful nutrient-rich food. So rather than taking a supplement, choose carotenoid-rich foods such as carrots, mango, sweet potatoes and butternut squash. Blueberries are another great example. Although a source of vitamin C (14 mg) and potassium (112 mg), there are better sources of both of those nutrients in oranges and bananas. However, it is the anthocyanins that give blueberries their superpowers. Blueberries have been shown to reduce the soreness that comes with exercise.

So the take home message is to choose from the colors of the rainbow and recognize that each color gives unique health promoting benefits.

Whole grain carbohydrates such as whole grain pasta, brown rice, oatmeal and 100% whole wheat bread are examples of high fiber, nutritious grains. These foods should make up 1/4 of your plate. These fiber-rich grains contribute to a sense of fullness and may aid in weight reduction. Whole grain foods are also hidden sources of magnesium. However, when grains are refined or processed the magnesium-rich bran is lost. Magnesium is required in over 300 biochemical reactions and is needed for the production of energy, muscular function and normal immune functioning. Although the research is not clear, there is some potential benefit on exercise performance when magnesium intake is adequate. In addition to performance improvement, magnesium adequacy is linked with the prevention of metabolic syndrome or pre-diabetes.

Lean protein should be approximately 1/4 of your plate and protein should be consumed at each meal. Typically, Americans grab a quick breakfast like a bagel, muffin or bowl of cereal. However, some exciting research from Dr. Douglas Paddon-Jones suggests that protein should be consumed at each meal for the best benefits. Some suggestions would be some flavored Greek yogurt, egg whites or Canadian bacon added to the first meal of the day. Peanut butter sandwiches can also work in a pinch! Choosing lean meat throughout the day is key as most meats contain saturated fat which should be limited to reduce the risk of your blood cholesterol rising. Look for the words "loin" or "round" in the name. Chicken without the skin and fish are also excellent lean sources of protein.

Often times athletes believe they need to eat only more protein to gain lean mass. In reality, calories in the form of carbohydrate and fat work to body guard dietary dietary protein. When calories are inadequate, protein can be processed by the liver with a portion being converted to carbohydrate! Adequate fueling can spare the protein so that it is available to make lean mass. In addition to a high quality diet, athletes need a quality, evidence-based high intensity strength program in order to gain muscle mass.

So the next time an athlete wants to try the latest supplement, remind them that the real power is on the plate!