Dietary Supplements: The History Lesson Every Family Needs To Know 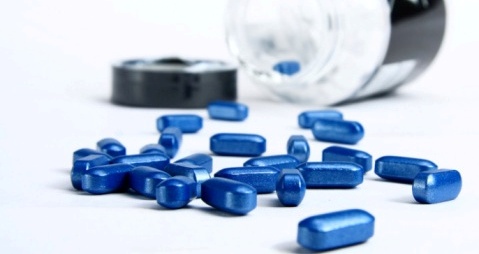 In the United States, we believe in checks and balances from the Federal Government to the hospital. Our assumption is that there is someone safeguarding the consumer. In recent years, we've seen the consequences when no one is watching businesses and banks.

What you might not know is that since 1994, no one is really watching the "supplement store" and the consequences are real and can cost an athlete their career, or more importantly, compromise a child's health.

In the early 1990's, David Kessler, the head of the FDA, began to see the emerging trend of herbs being used medicinally in the U.S. As such, he proposed a more active role for the FDA in monitoring the purity and safety of these dietary supplements. The supplement industry and the Nutritional Health Alliance expressed opposition. Kessler's concerns were bolstered when deaths were being attributed to a contaminant in an amino acid supplement, L tryptophan.

As Congress got involved, legislation was crafted by Orrin Hatch and Tom Harkin proposing what is now known as the Dietary Supplement Health and Education Act. This legislation allows companies to make a structure function claim (calcium can build bones) but doesn't allow a disease claim (calcium prevents osteoporosis). This shifts the burden of safety, purity, and efficacy from the manufacturer to the FDA, which must prove the product is not safe before it is removed from the market.

Unfortunately, products that are contaminated or adulterated can reach the market. I don't believe that this is what that American consumer wanted.

With no real watch dog, we are left to trust that the supplement manufacturers are looking out for a family's best interest rather than the bottom dollar. Historically, we have seen the consequences of an industry with few real safeguards.

For families with athletic children, the request for a supplement to build speed, power, or strength can raise more questions than answers.

In the 90's, Kicker Vencill, a 24-year-old swimmer, was banned from the sport for steroid abuse. A multivitamin he was taking was found to contain 19-norandrosterone. After the supplement tested positive, he sued the manufacturer and was awarded $578,000 — but lost his Olympic bid.

More recent examples include 6 NFL players testing positive for bumetanide, a diuretic banned by the league. The company defended its actions by stating that the product was intended for overweight individuals, not professional athletes. There was no declaration of this on the label. The use of the diuretic can raise uric acid levels (gout) and lower blood pressure, increasing the likelihood of fainting.

Most recently, Hydroxycut was removed from the market when cases of liver disease were mounting. Additional scrutiny of the supplement industry indicated that of the 61 weight loss products tested, 49 of these products didn't meet standards for purity and safety. Although the FDA has the ability to remove these products when they are found to be unsafe, it took almost 2 years to remove Hydroxycut.

So, what is a family to do when your son or daughter asks for a supplement to improve performance or to lose weight?

Consider the food alternative. Have you done all that you can to maximize your performance with food, hydration, and training? Are you eating breakfast, weighing yourself before and after practice, and optimizing your fluid intake? Often times, focusing on the basics can improve your performance and optimize your health. If losing weight is the goal, try limiting sweet drinks, screen time, and fried foods.

Remember, no one is watching the supplement industry so you have to protect yourself!