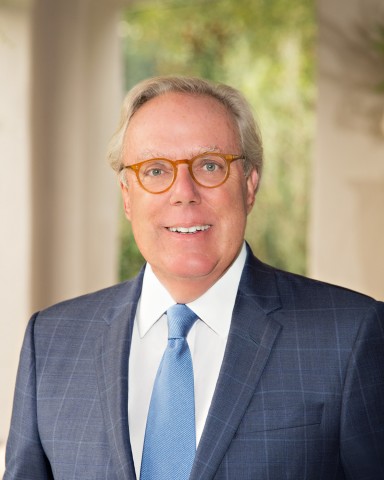 HOUSTON – (Jan. 11, 2018) –Texas Children’s Hospital today announced Michael C. Linn was appointed chairman of the board. Having served on the Texas Children’s Board of Trustees for several years and previously as president, Linn will be responsible for partnering with the CEO and executive leadership at the hospital to help ensure the board’s directives, policies and resolutions are carried out, as well as championing the organization and advocating its mission to internal and external stakeholders.

“Mike’s years of dedication and leadership to Texas Children’s Hospital have helped us tremendously, and we are excited about his newly appointed role as chairman of the board,” said Mark A. Wallace, president and CEO of Texas Children’s. “Mike and his wife, Carol, actively and tirelessly champion our mission, making personal gifts in support of our priorities, serving as incredible advocates for the hospital, building relationships in the community, and encouraging others to give generously. I look forward to partnering with him in this new role.”

Linn was elected to the Texas Children’s Board in 2008 and served as president of the board from 2016-2017. In addition to his board responsibilities, Linn is currently chairing Promise: The Campaign for Texas Children’s Hospital, along with his wife. Under their leadership, the Linns have helped raise millions of dollars for Texas Children’s and its growing need to provide dedicated, specialized pediatric health care in Houston and surrounding communities.

Linn is a currently a senior advisor with Quantum Energy Partners and current president and CEO of MCL Ventures LLC, an oil/gas/real estate investment firm. He is also the founder and former chairman, CEO and president of LINN Energy, LLC.

In his role of chairman of the board, Linn will guide the hospital as they complete their Legacy Tower, a new pediatric tower at its campus in the Texas Medical Center to expand access to complex care for children. The vertical expansion includes reinvesting in the programs needed by the hospital’s most critically ill patients. Texas Children's is building 19 floors on top of an existing building base, adding 640,000 square feet. Slated to be completed in 2018, the resulting 25-floor tower will house 134 beds for pediatric and cardiovascular intensive care, seven new operating rooms with the latest technology to complement the hospital’s existing 22 operating rooms, and will be the new home of Texas Children's Heart Center, ranked first in the country for pediatric cardiology and heart surgery by U.S. News & World Report.